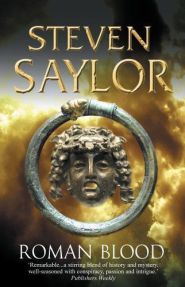 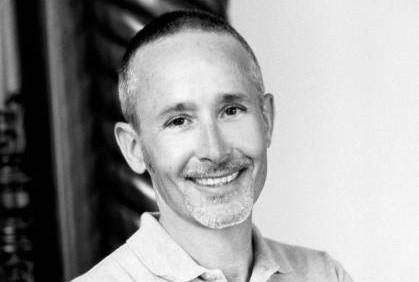 Time to meet another pioneering Roman detective, this one operating some decades earlier than Lindsey Davis’s engaging Falco. It’s 80 BC when we first encounter Gordianus, called the Finder, a man known in a certain section of society for his ability to find not only things but truth. Gordianus has previously worked with some of Rome’s leading advocates, but he’s always been fully conscious of his status as persona non grata in polite circles. This is usually reinforced by the status of the go-betweens sent to deal with him. And this is why he’s surprised when a very well-bred young slave arrives at the door of his sprawling, shabby old house one morning, offering him work. The slave’s name is Tiro. And the man who wants Gordianus’ help is Tiro’s master, a fresh young advocate just starting out on his career, named Cicero.

Cicero has taken on a case that no one else will touch: the defence of a man named Sextus Roscius, who has been accused of the most heinous of crimes, parricide. His elderly father, also called Sextus Roscius, was found dead in a Roman alley on his way to a favourite brothel and, although Roscius the Younger was off in the country at the time, taking care of his father’s farms, he has been accused of masterminding the crime. Cicero wants to find out the truth, and that’s where Gordianus comes in. With idealistic young Tiro at his side – shortly to be disillusioned about life in so many ways – Gordianus sets out to do what he does best: reading the streets, talking to the right people, following even the faintest traces to their logical ends. The problem is that he’s not the only hunter. Someone out there doesn’t want the truth of Roscius the Elder’s death to come out, and is willing to go to any lengths to stop Gordianus, even to the point of murder.

Based on one of Cicero’s real early cases, which propelled him to celebrity for his oratorical flair, this is an extremely readable romp of a book driven by a race against time: with only eight days until the opening of the trial, Gordianus can’t afford to take things easy. His peregrinations take us deep into a filthy, dangerous Rome in which crowded tenements routinely go up in flames and corruption is rife. Moreover, everyone remembers the state proscriptions just a few months back, which left men dying in the streets as the dictator Sulla and his friends claimed their lives and property. This Rome is less familiar to me than the post-Augustan city of marble, and it’s completely fascinating. Caesar is so young as to be mentioned only in passing and Gordianus’ world doesn’t encompass many other nobles: the crafty Crassus, glimpsed from afar, and the elderly Caecilia Metella are the ones who feature most vividly.

There are only a couple of places where the author weighs in with his research: the worst-offending section is a daydream Gordianus has while lurking outside a house, conveniently recapping the history of the civil war between Marius and Sulla. It helped to give context, certainly, but by that point in the book I really didn’t feel I needed it, because Saylor is so good at creating the sense of Gordianus’ world through the conversations people have and the way things happen. Fortunately it was the only info-dump. Otherwise the story is fun, pacy and full of twists: even better, the case itself is based entirely on the record of Cicero’s speeches, and fact and fiction gel together beautifully. Women don’t get much of a look-in at the moment apart from being sex objects or batty old dowagers (with the possible exception of Bethesda, who is partially a sex object but at least has a formidable attitude to go along with it), but Gordianus’ world is largely a male one – I accept that – so it didn’t bother me overmuch.

It was especially fun to read this in the wake of Robert Harris’s Imperium, and to see the differences in the way that Cicero is portrayed. In both novels he’s sharp, articulate and ambitious, but Saylor’s rhetorician is a trifle fussier, a bit more fastidious. Then again, he’s being seen through Gordianus’ eyes rather than his faithful Tiro’s. And Gordianus is a really engaging narrator: world-weary and pragmatic, with a core of rather threadbare sentimentality. I’ve already got the second book, Arms of Nemesis, so I’m looking forward to rejoining Gordianus soon and to seeing whether his further adventures bring him back in league with Cicero, or whether he strikes out into new territories.

Definitely a good summer book, if you want something reliable and meaty for a journey or a lazy day in the park. I’m surprised Saylor has slipped under my radar until now…