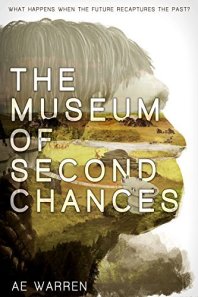 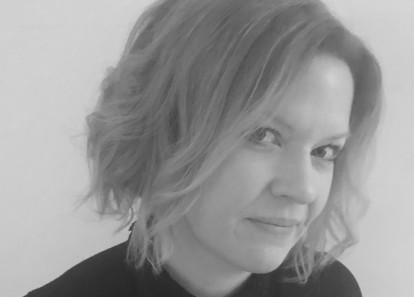 Museums and curators don’t have enough of a place in fiction in my opinion, unless they’re doing something frankly unlikely, like hunting down relics in the Amazon. And so I pounced on this novel about a post-apocalyptic future in which a new society is doing its best to overcome the tragedies of extinction – but at what cost? It starts with a young woman getting her dream job. Unlike other Sapiens teenagers at Thymine Base, Elise Thanton isn’t going to spend her life slaving in the manufacturing factories. On the contrary, she’s about to become the Companion to one of the exhibits at the Base’s Museum of Evolution. Her experiences will lead her to question the justice of the world in which she has grown up, and to confront the very nature of humanity itself.

The Pandemic is now a distant (but still worrying) memory and the world has become divided into three kinds of man: the old-fashioned Sapiens, with their lack of genetic engineering; the more highly-tuned Mediuses; and the dominant Potiors, with their dazzling genetic selection giving them abilities far beyond the ken of normal man. As the world at large struggles to recover from the depredations of ancient Sapiens, humanity has corralled itself into a number of small Bases, separated by hostile country where no purified water is to be found. Crossings can only be made with permission, and no Sapiens is likely to get that permission any time soon. Indeed, Sapiens have become an underclass, weighed down by the obligation to suffer as reparation for their ancestors’ sins against the world. And, while they labour, the Potiors work to replenish the earth and restore those species condemned to oblivion. Hence the Museum.

Warren’s vision of the Museum is stunning, although it took me a while to understand its actual structure, in which aerial walkways and platforms carry visitors over ‘pods’ in which they can view some of the resurrected animals. Naturally, one finds oneself praying, ‘Don’t resurrect the velociraptors!’ but this isn’t Jurassic Park: the Potiors have only succeeded in finding complete DNA from as far back as 30,000 years so far, and so there are dodos and sabre-tooth tigers, chameleons and elk, but no brontosaurus. (Yet?) After Elise has been shown round (and firmly put in her place by her Medius guide Harriet), she is finally introduced to her new charge: exhibit Twenty One.

The Potiors’ benchmark of 30,000 years might be ringing significant bells. For it means that they’ve succeeded in reviving our closest human cousin, Neanderthal Man. But their initial attempts have met with failure. For some reason the Neanderthals can’t adjust to their new lives and, despite being given everything they could desire within their individual pods (subject to it having been available 30,000 years ago, of course), they just keep dying. And not only dying. There are dark rumours that they’re taking their own lives. And so Elise is here to provide companionship for one of the two remaining Neanderthals, Twenty One. She has been selected because she understands sign language, which she uses to speak to her deaf brother, and which Twenty One understands – as articulation of ‘normal’ speech is difficult for him.

And so Elise comes face to face with her charge: not a hairy half-ape, but a stocky man of average height with a strong brow and auburn hair. And he has a name: Kit. As Elise struggles to win his trust, and to find ways to enrich his life, she grows increasingly troubled. Kit doesn’t look so very different from a Sapiens. He wears clothes, has a private little den for sleeping, carves wood and is especially good at weaving grass mats. At what point does a human stop being a human and become an animal? At what point is it acceptable to keep someone in a cage? To what extent should historical context be preserved at the expense of well-being? Elise’s efforts to bond with Kit are paralleled by her developing relationships with others in the Museum: her fellow Sapiens Luca; her Medius Overseer Samuel; and the dashing Museum Director, the Potior Fintorian.

Noticed anything about those names yet? The number of syllables is dictated by evolutionary level. Just another one of the many false divisions introduced in this new world. And Elise’s growing sympathy for the past is mirrored by an increasing discontent, among her fellow Sapiens, about the prospect of the future. As potential rebellion bubbles under the surface, Elise and her friends within the Museum find themselves at the centre of a dangerous storm.

Warren’s ideas in this book are wonderful, playing on the current ambivalence about genetic engineering and envisaging a world in which it’s the basis of a whole new caste system. Plus, I’m fascinated by Neanderthals at the moment, by the evolution of early humans, and how different we really were from them (blame Yuval Noah Harari, whose book Sapiens is proving utterly addictive). But there was also the appeal of the stranger-in-a-strange-land scenario. I sometimes play a little game, imagining how a historical figure might respond if they were suddenly plonked into the modern world. Though I usually think of Aristotle, or Leonardo da Vinci, Kit the Neanderthal works just as well.

So, conceptually, it’s a strong novel. Stylistically, it could have done with a more rigorous editor, but there aren’t any glaring issues with the writing. It’s clearly pitched as the first book in a series and I’m keen to find out what happens next (and to see how Kit adjusts to the world) – although part of the appeal was, of course, the Museum itself, and this may become less significant in later volumes.