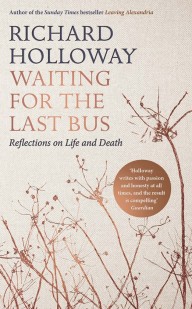 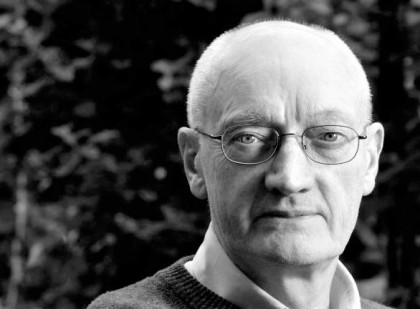 Reflections on Life and Death

Until two years ago, no one close to me had died; not since I’d been old enough to understand it. But 2016 came with chill winds and ruthlessness, and the last two years have seen the loss of five close family members. It hasn’t been easy. But it has had one useful outcome. I used to be afraid of death. It was a terrifying transmutation that I didn’t understand and didn’t want to acknowledge. But necessity has changed that and now, in the light of my family’s losses, I’ve had to accept it as an unavoidable part of human life. This all explains why I was drawn to this book, in which Richard Holloway – former Bishop of Edinburgh; thinker; compassionate critic; agnostic – uses his own old age as a spur to think about how we can live well and, when it comes to it, die well. Open-hearted and generous, studded with poetry and his memories of friends, it’s rather beautiful: inspiring and, oddly enough, rather upbeat.

Holloway is a remarkable character. When I started reading, I knew nothing about him except having a vague understanding that he was Bishop of Edinburgh. When certain things in the book seemed to contradict this (should a bishop express doubts about there being life after death?), I looked Holloway up and discovered that he had resigned in 2000, becoming a campaigner for social issues and a spokesman for a compassionate, agnostic attitude to life. Having lived his life across the whole spectrum of religious engagement – he started out as a young monk – he seems perfectly placed to meditate on these thorny questions of existence. And, in particular, the end of existence.

The book begins with the description of a memento mori, a dancing skeleton frescoed on the wall of St Mary Magdalene’s church in Newark. Holloway points out that the medieval world had a much easier relationship with death than we do nowadays, when we don’t prepare ourselves for death but fight against it: often a bitter end, ‘rather than … the coming down of the curtain … something we always knew was in the script’. We live in a world where youth is cherished and admired, but Holloway links this to the fear of getting old. It would be wonderful, he notes, if we could remain young and strong until the moment we dropped off our respective perches, but that doesn’t happen.

Modern death is seen as an enemy, held at bay for as long as possible by doctors and nurses who are doing their jobs brilliantly; but the problem is that modern medicine is just getting too good. Elderly people – and I’ve seen this with my own grandparents – are kept clinging on in ‘a medicalised existence whose sole purpose is staying alive long after any joy in doing so has fled‘. Even before we get to that final stage, we’re trying to stave off any indication that we might be getting older: hair transplants, Botox, or covering up those pesky greys. Some people have even tried to avoid death all together: Holloway spares a page or two for those who sign up for cryogenics, and the social problems that would likely arise if it ever turned out to actually work. There comes a point, he argues, where we just have to accept it. We get old. We die.

So what actually scares us about death? Is it the moment of death itself? What is that likely to be like? In today’s medical climate, are we even likely to feel it; and might that, in its own way, be rather sad as we miss one of the most important moments of our own existence? Do we fear what happens after death? Or is it our sense of loss about everything we’ll miss – the chance to see our children or grandchildren grow up? The fear of being forgotten? But why not instead feel gratitude at what life has given us? Holloway points out that we’ve won the lottery by managing to be born at all. And he argues that coming closer to death can, if we allow it, reveal the beauty of the world that we never had the time to notice before.

As we begin to contemplate the end of our own story, it is important to get in the right mood. The mood I recommend is the last day of the holidays – another summer gone, and the sweet sadness of leaving.

And of course Holloway speaks of religion. He is open about his own beliefs, which have changed so drastically since he stepped down as Bishop of Edinburgh in 2000, but he does so without belittling, criticising or undermining those of other people. He points out the many benefits of religion: it is ‘humanity’s response to the puzzle of its own existence‘, ‘a Rorschach test that maps humanity’s psychic geography’. And it can give its believers enormous emotional strength, or even comfort non-believers with its art and poetry.

All well and good, you might be thinking, for the elderly or for those likely to have to deal with bereavement in the near future. But what purpose does all of this hold for the rest of us? Well, as I can attest, you never know what’s going to be around the corner. But what Holloway says is actually very good advice for making the most of life even at an earlier stage. After all, we might be much better off (and enjoy things much more!) if we start putting some of this stuff into practice now. Essentially, Holloway’s advice is echoed in many of the current crop of motivational life-guides. There are two main strands to this advice, if I remember correctly. First, awareness of the world around us: what I suppose many books nowadays would call ‘mindfulness’. Holloway says that he regrets missing so much of the world around him when he was young and always in motion, always passing through on the way to somewhere else, always dreaming rather than stopping to enjoy what was happening here and now. I’m guilty of this too.

But the main thing is compassion. Learning to forgive others, so that resentment doesn’t wind itself into our lives and strangle our chance to live well. More important, perhaps, learning to forgive ourselves. He argues that we have to be generous with ourselves and to understand the extent to which our actions have been predetermined by our DNA, by the way we were raised, by environmental circumstances, over which we have no control. We are ‘neither to blame nor to make excuses for ourselves: we are to try to understand.‘ But we have to learn to let go, because holding grudges doesn’t do anyone any good. Citing Nietzsche, Holloway warns that: ‘past things must be forgotten if they are not to become the grave diggers of the present‘, a phrase which struck me powerfully. I was also moved by Holloway’s assertion that it’s worth living the best possible life, even if there is nothing to judge us hereafter: ‘a confident, creative, compassionate life [brings] meaning out of the abyss [and is] an act of defiance of the void that awaits us all‘.

This little book doesn’t set out to be dazzlingly original. It seeks to be kind, to offer comfort and to help us cope with the hard times that will come upon all of us one day. Holloway is a delightful writer: lucid and graceful even at 84. His meditations are peppered with eclectic quotes from Brokeback Mountain, Blade Runner, Philip Larkin, T.S. Eliot, The Line of Beauty and his own eulogies, among others. What comes through most powerfully is his own radiant humanity. I think he would be the most wonderful man to sit down with and talk a while, though I don’t suppose I’ll ever get the chance. I’ll have to settle for him being a wonderful guide instead, for introducing me to some glorious bits of poetry I never knew before, and perhaps giving me some indications as to how I can make my present life better and that future departure just a little bit easier.

I finish with a piece about forgiving and letting go, written by Laurence Binyon – coincidentally once the Keeper of the British Museum’s Prints & Drawings department:

Now is the time for stripping the spirit bare,
Time for the burning of days ended and done,
Idle solace of things that have gone before:
Rootless hopes and fruitless desire are there;
Let them go to the fire, with never a look behind.
The world that was ours is a world that is ours no more.

Laurence Binyon, The Burning of the Leaves

One thought on “Waiting for the Last Bus (2018): Richard Holloway”