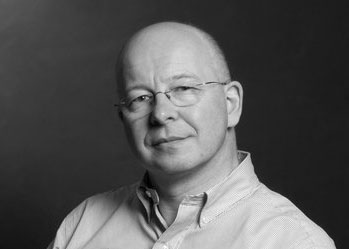 As a counterbalance to philosophical tales of European angst, I turned to this historical novel set in ancient Rome, hoping for a diverting dose of swords and sandals. The cover is misleading: the main character is not a soldier but Rufus, a young animal trainer whose gift with exotic creatures brings him into the orbit of the emperor Gaius, usually known as Caligula. There are swords, certainly, thanks to the Praetorian Guard; sandals, presumably; and some sand, courtesy of the arena. There’s even an elephant. But what this story really lacks is soul. Relying on coincidences, handily-overheard monologues and a rather lacklustre romance, it never really takes flight.

When he is purchased by the animal trader Fronto, the slave Rufus enters a new world of possibility. Before long, he has learned to care for his master’s menagerie of wild animals, destined for gladiatorial battles in the arena, and is showing sufficient promise that Fronto has begun to hint about freedom and making Rufus his heir. But their plans are thrown into chaos when Rufus’s abilities come to the attention of the imperial court. The emperor has just been given a rather inconvenient gift by a subject king: an elephant named Bersheba. The beast must be trained and cared for, and so the talented young slave is requisitioned from Fronto and carried off into a world of politics and scheming far beyond anything he’s ever imagined. Fortunately he isn’t entirely alone in the dangerous warren of the Palatine Hill. His old friend, the dazzling gladiator Cupido, has followed a similarly unlikely path to become one of the emperor’s bodyguards. And, after all, Rufus isn’t significant enough to be dragged into politics.

Or at least, not at first. Before long, the mild-mannered animal trainer has met the emperor, encountered Caligula’s beguiling sisters, and become rather too familiar with a slimy Greek eunuch named Narcissus, who weasels his way around the palace in the service of Caligula’s stuttering old uncle Claudius. Even Claudius himself has got into the most unlikely habit of coming at night to confess his hopes and ambitions aloud to Bersheba, conveniently allowing Rufus to overhear everything – and to notice that Claudius only stutters when he wants to. Before long, Rufus has been unwillingly pulled deeper into the morass of plots that give Caligula’s court its cutthroat quality, with the emperor himself – always just a blink away from utter madness – at its centre. How long can he survive before Caligula’s suspicions fall on Rufus, his friends, or his loved ones?

It’s true that Rufus’s position as keeper of an elephant, an animal sufficiently exotic to cause widespread interest, could have brought him into contact with a wide range of courtiers. But it all feels too convenient. I’ve mentioned Claudius’ late-night monologues: can we really believe that someone who’d survived the bloody purges of Julio-Claudian family life, someone who’d stayed alive by pretending to be more foolish than he was, would proclaim his life’s ambitions in a darkened shed where spies could be hiding in any corner? When Caligula’s sister Drusilla takes a fancy to Rufus, it seems to be an excuse to add in some more information that he couldn’t have known otherwise. And I don’t really understand what the subtle Narcissus sees in the young elephant-keeper. We’re asked to accept too many neat coincidences that propel Rufus into the heart of great events, each already requiring a suspension of disbelief.

Characterisation is sacrificed to plot and the writing is sometimes a bit shaky, with the occasional dizzying leap between different viewpoint characters in the middle of the scene. The obligatory romance felt somewhat perfunctory, leading up to a dramatic climax that made me frown slightly and say, ‘Really?’ aloud; and none of the female characters really felt like full, individual human beings. When characters die – which they do, occasionally in scenes of horrifically detailed violence – we’re encouraged to shudder at the gore but we still don’t get much sense of emotional charge. It’s an odd combination and gives the novel the feel of skating across the surface, by which I mean that we see what the characters do, but never really get to know or understand them.

Unfortunately this isn’t a keeper, for me at least, but it definitely felt like a refreshing contrast to my recent reading and also makes for interesting comparisons to Simon Turney’s Caligula. Turney’s emperor hero is a noble and fundamentally misunderstood young man; Jackson’s Caligula has much more in common with John Hurt’s version in I, Claudius. And I should stress that this novel’s action-movie spirit doesn’t have to be a bad thing. It wasn’t quite what I wanted from a book, but that’s only my opinion: lots of reviewers on Amazon seem to have enjoyed it immensely (and perhaps, if I’d tried one of Jackson’s many other successful Roman novels, I’d have gelled with it better). If you’re happy to be taken on a rollicking ride through Ancient Rome, with horrible murders and madness brewing on the horizon (and an elephant), without caring too much about whether it could ever actually have happened, then by all means give it a go. And it goes without saying that, even with its flaws, this story is a million miles more convincing than the excruciating and execrable Pompeii, on which I wasted two hours of my life.