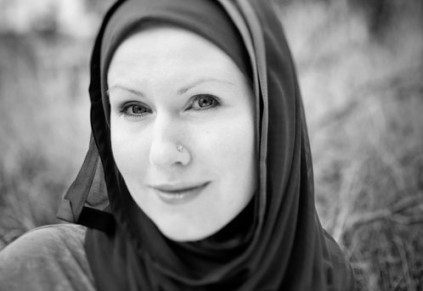 By 1492, the great empire of Al-Andalus has shrunk to a thin strip of land along the bottom of the Iberian peninsula, harried by the forces of the Christian kings Ferdinand and Isabella. Yet, within the harem of the palace in Granada, life keeps its languid pace. While siege closes in on the city outside, the women continue their petty rivalries, their music and their poetry, under the sharp eye of the Lady Aisha, the Sultan’s mother. The concubine Fatima – sharp, irreverent, and beautiful – diverts herself with secret visits to her childhood friend Hassan, the Sultan’s mapmaker, who is gifted with an extraordinary ability to invent doors where there were none before. As their world crumbles, these two dreamers realise that the only life they’ve known is on the verge of becoming a nightmare; and that sometimes safety lies beyond the reach of any map.

When a delegation arrives in Granada from Queen Isabella of Castile, Fatima is initially charmed by the beautiful courtier Luz. But looks can deceive, and by the time Fatima realises that Luz’s open friendliness hides a threatening agenda, it’s too late, and Hassan’s strange gift has been betrayed. With the Inquisition on the tail of the young ‘sorcerer’, Fatima and Hassan desperately try to escape, finding help in the most unexpected places, and realising that the boundaries between this world and the next are as fluid and unpredictable as the doorways Hassan draws in his maps. As they flee across the fragmenting land of Al-Andalus, guided by a mercurial jinn, Fatima and Hassan find comfort in dreams, fables and the old story of the King of the Birds, whose tale takes on new significance as the world they know ceases to exist.

This novel really did feel very different from anything else I’ve read. It cheerfully disregards genre divisions, resulting in a unique story which begins as historical fiction, slips into magical realism, moves to outright fantasy and ends as a kind of allegory, without ever losing its sense of itself. To what extent are our narrators reliable? Does everything actually happen as we’re told it, or are we in fact watching Fatima and Hassan withdrawing deeper and deeper into the stories within their minds, as a way to escape the cruelties of the world around them? Is the fabled land of Qaf, an island which isn’t present on any map (but one), really a place? Or is it a kind of paradise? How far is our heroes’ journey to be understand as fact, and how far as metaphor?

As I came towards the end, I found myself hoping against hope that this might be the first of multiple books featuring the same characters, but the end feels conclusive: there’s no hint of continuation, which is a shame, because the world is so full of potential. I suppose it feels so unusual to me because Wilson draws on the myths and legends of the Islamic world, rather than the more familiar corpus of references in Western fantasy. And I wanted to know so much more about Hassan’s gift, and the things he could do with it, and to understand more about the jinn (especially Vikram, who I thought was a wonderful character), and how their world intersected with the human one. Maybe I just have to keep my fingers crossed that we haven’t seen the last of Wilson’s characters.

I’m actually rather ashamed not to have recognised Wilson’s name when I requested this book, because it turns out that she’s a distinguished author of comics, having created Ms Marvel as well as writing the current Wonder Woman comics. Plus, she’s the author of Alif the Unseen, which I’ve spotted several times in the library but haven’t yet got round to reading. Does she ever sleep? I’ll certainly pick up Alif next time I see it, as I’m eager to read more of her work. Her prose has moments of incandescent loveliness: ‘her beauty was something too remote for poetry, a tilting symmetry of jaw and cheekbone and dark brow‘. It’s perfectly pitched for this exotic tale of the unexpected.

The novel will be published next year, and it comes recommended for those who’d like a bit of history with their fantasy or vice versa, though you, like me, may be left feeling that the story is somehow incompletely realised, with so much more to be said. A rich, captivating and fecund imaginative world – and a welcome introduction of other cultures and values into the fantasy genre.