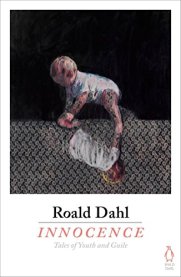 Tales of Youth and Guile

What a crazy few weeks it’s been! Having shuttled back and forth between London, Oxford, Leeds and Washington, I expected to get lots of reading done, but unfortunately I’ve developed an irritating tendency to fall asleep as soon as the train or plane gets moving. Now back home, having shaken off the worst of the jet-lag, I took refuge on my sofa from the nasty cold rain outside and treated myself to the first of several books of Roald Dahl’s short stories, recently reissued in thematic collections by Penguin. Like most people, I suspect, I read lots of Dahl when I was small but never progressed to his writing for adults. This particular collection, with its themes of childhood and naivete, includes Dahl’s autobiography Boy (written for children), as well as a group of other short stories (for grown-ups), some of which reflect his own experiences through a fictional lens.

With the cheerful oblivion of a child, I never used to wonder about what Roald Dahl was actually like; nor did I read much about him later, when I’d grown up and his books had been packed away in my parents’ attic. So it was delightful to curl up with Boy (one of the books that escaped my attention as a child), in which Dahl talks about his entrepreneurial father, his devoted mother and his comfortable upbringing in and around Cardiff, with servants and a nanny, and annual holidays in his parents’ native Norway. Yet there are dark moments too: Dahl’s horrific experiences at private school – first at St Peter’s prep school in Weston-super-Mare and later at Repton – with sadistic masters, evil prefects and liberal use of the cane. The memories are interleaved with reproductions of Dahl’s letters home to his mother, all of which she kept for the rest of her life, while the essay ‘Lucky Break’ (first published in Henry Sugar) includes delicious snippets from Dahl’s school reports for English Composition: ‘incapable of marshalling his thoughts on paper‘; ‘vocabulary negligible, sentences malconstructed’; ‘indolent and illiterate‘; ‘consistently idle. Ideas limited‘. Yet this very same essay goes on, after alluding to Dahl’s courageous exploits as a fighter ace in the Second World War, to tell the story of how he finally became a writer – thanks to a chance encounter with the diffident C.S. Forester during a government posting to Washington in 1942.

To be honest, I found these autobiographical sections more gripping than the short stories which followed them: it was lovely to spot the experiences which inspired his later works. A primary-school classmate recounts a warning given by his doctor father: one shouldn’t eat liquorice because it was made from squashed rats and one would eventually turn into a rat on eating too much (The Witches). On being sent some new Cadbury’s chocolate to taste-test at school, Dahl is carried away in dreams of what a lab for inventing chocolates might be like (Charlie and the Chocolate Factory). And the lovely thing, which I don’t think I consciously appreciated when I was a child, is how Dahl writes for children: he has that great gift of addressing them as equals without the slightest hint of awareness that he himself is a grown-up. Boy (aimed at children, unlike the other stories in the book) is written in a way that, even as an adult, makes me think of warm milk and bedtime stories and reading under the covers with a torch, one ear strained for footsteps on the stairs. I certainly must get hold of Going Solo, the sequel to Boy, which takes Dahl into his time in Africa both before and during the Second World War.

But what of the other short stories? Dahl’s famous dark side doesn’t get too much of an outing here, as befits the theme of innocence, but it did flash a wicked grin in the story ‘The Landlady’, which I loved. In ‘Taste’, a dinner party goes sour when a wine-tasting bet spirals out of control; while ‘Galloping Foxley’ shows how deep the scars of childhood bullying can run. Boy took up most of the volume, so there’ll be more self-contained stories in the other collections, I suspect. It’s worth knowing that, because if you already have Boy, you might not want to fork out for the same text under different packaging with just a few extras thrown in. Personally, however, I thoroughly enjoyed it. Dahl is equally at home whether describing the horrors of boarding school or the creeping unease of a Bath boarding house, and I’m looking forward to exploring more of his adult stories in the other collections I have lined up on my shelf: Deception, Trickery and Cruelty.

Don’t hesitate to recommend your favourite Dahl story for grown-ups if you have one. I’m perfectly happy exploring at my own pace, but it’s always fun knowing that something really good is coming up! Also, does anyone know of any other autobiographical material except that contained in Boy, ‘Lucky Break’ and Going Solo?