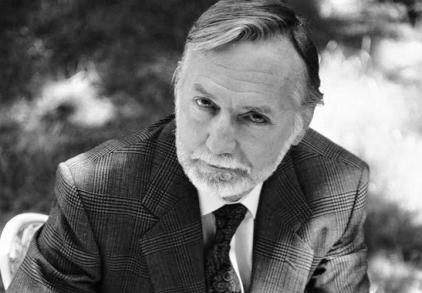 Being footloose and fancy-free is a fine thing to imagine, but the reality is rather less splendid when it’s the mid 14th century and winter is coming. Errant cleric Nicholas Barber thinks Fortune might be looking kindly on him when he stumbles across a group of travelling players in the woods, who are burying one of their number. They need a sixth man in their company, and Nicholas can sing and read and write, as befits a clerk. Perhaps he can hold off starvation a while yet, and enjoy some adventure along the way. And yet, as the group moves northward, hoping to reach Durham by Christmas, Fortune has a few more tricks up her sleeve. When circumstances divert them to a country town, they find the community buzzing with news of a murder, and the forthcoming execution of the culprit. But is the supposed murderer really guilty? Nicholas and his colleagues are about to find that a very simple murder is anything but… and in trying to come to the truth of the matter, they might be courting grave danger.

I found it very difficult to stop thinking of Karen Maitland’s Company of Liars while reading this, although the books have little in common beyond their 14th-century setting and travellers shadowed by the ominous threat of the plague. What they also share is a rare immediacy which brings this period vividly to life. Morality Play is told in Nicholas’s narrative voice and he sounds utterly convincing, his speech rich with the patterns of an archaic age. Sharp and yet innocent, he tries to take the measure of his new companions: charismatic and impetuous Martin, the leader; anxious young Springer; irascible Stephen; quiet old Tobias; simple, open Straw; and Margaret, who trails the company simmering with frustration at having no agency in her own existence. In their way, they are as complex a community as that in the town they stop in; but they band together, their livelihood depending on all of them. It’s Martin who comes up with an idea. To grab the town’s attention – to ensure that everyone will want to come to see them – why don’t they perform the story of the recent murder?

It’s a brave idea, not least because this is the age of Bible and Mystery plays, where players act out the Scriptures and certainly not the things of everyday. And yet, thinking about it, the team of players decide it can be done. They can retell the murder as a kind of morality play, highlighting the penalties of straying from the rightful path. For the victim of the murder was a young boy, Thomas Wells, and the accused is a woman, in whose house his purse was found. It can be a straightforward tale of temptation – lust and avarice can play roles – and the players set out to ask questions. But soon they realise that what they’re being told by the people of the town doesn’t square with the official version. And Martin – whether from a sense of justice, or sympathy with the accused woman – decides that they will keep refining the play until they find the truth at its heart. But in doing so, which interests do they offend? Unsworth reveals the story slowly, peeling back layers: a good murder mystery wrapped in the outer layers of a historical novel, every new interpretation played out upon the players’ stage.

You can make some good guesses about the real murder from about halfway through, but I got the feeling that Unsworth isn’t trying to surprise his readers with the revelation of ‘who dunnit’ – it’s more a case of why, and how the truth was concealed, and how the players stumble into the middle of a carefully crafted injustice, inadvertently bringing it down. It’s a story of power, justice, truth, fear, and the masks we wear. And of course, it’s about the human desire to tell stories honestly and engagingly – whether it’s the tale of the Fall of Man in the Garden of Eden, or the story of an insignificant young boy’s murder. And the tension is skilfully maintained, thrumming underneath the beautiful prose and the slow pace – the entire book covers just a few days.

I’ve had a bit of trouble recently in finding books that I can stick with – I think it’s my holiday brain – but this absolutely fitted the bill, proving to be elegant without being overly demanding, and gripping without losing any of its brooding atmosphere. Personally I found the ending a bit unsatisfying in that I wasn’t quite sure we had an answer about the fate of the players… but that’s a minor qualm about a book that was otherwise a very solid, very enjoyable piece of medieval fiction.