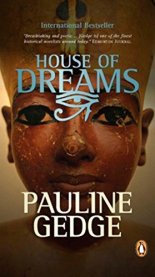 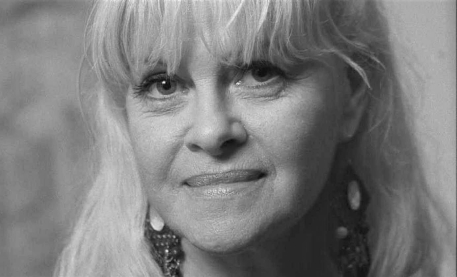 The Story of Thu: Book 1

Sharp, shrewd and ambitious, Thu chafes at the limits of life in her small village, Aswat, on the banks of the Nile. She resents the fact that her beloved brother Pa-ari is allowed to go to school at the Temple of Wepwawet, where he is learning to become a scribe, while Thu has to content herself with learning to follow her mother’s trade as a herbalist and midwife. What alternative does she have? This is the 12th century BC, in the reign of Pharaoh Ramses III, and young women have limited say in their own destiny; but her family haven’t reckoned with Thu’s steely determination. This engaging novel, the first of a two-part series, draws us into the inexorable rise of a protagonist who is by turns strikingly naive and astonishingly manipulative, occasionally irritating, but always intriguing. Inspired by the Harem Conspiracy of 1155 BC, it’s the first of Pauline Gedge’s books that I’ve read and offers an enjoyable glimpse of Ancient Egypt seen through the eyes of a novelist who has made the period her speciality.

Forbidden from going to school, Thu manages to persuade Pa-ari to give her lessons instead. By her early teens she is moderately literate, well-versed in healing and midwifery, and arrestingly beautiful with blue eyes inherited from her foreign mercenary father. More importantly still, she remains convinced that she has a great future waiting for her and, when she hears that Pharaoh’s own Seer will be paying a ritual visit to Aswat’s Temple, Thu knows what she has to do. At all costs, she must convince the Seer to read her future for her and she will pay for that service in any way she can. But Thu is about to be wrong-footed, not for the last time, by the ambitions of this enigmatic Seer – a man quite unlike other men, who has his own purposes and his own plans, and who – to Thu’s alarm and excitement – is already expecting her. He makes her a remarkable offer, suggesting that she enter his service as an assistant scribe and healer. But his true motives are far more complicated and dangerous. Thanks to her native wit, her courage and (let’s be honest here) her beauty, Thu might just be the missing piece that the Seer Hui needs to shift the course of the future.

Carried off from Aswat to Hui’s sumptuous home, nestled on the lakeside in the palace quarter of the royal city of Pi-Ramesses, Thu enters a new chapter of her life. To her shame, she realises how provincial and clumsy she has been so far, but Hui is determined to refine her. Like Henry Higgins in a linen kilt and pectoral, he orders his staff to mould Thu into the perfect lady, honing her body through exercise and her beauty through cosmetics. Her training is complemented by unusual intellectual intensity, by history lessons and instruction in the proper uses of herbs and medicines. Finally Thu can thrive, absorbing all this attention with glee – after all, she never doubted that she was worthy of it, and she’s always secretly believed that her father might be a foreign prince in exile. But the truth of her transformation comes as a shock to her, when Hui finally unveils his intentions. Thu is to make yet another transition, from the comfortable villa she has come to regard as her home, to the harem of the royal court: a perilous place riven with faction and resentment, where her job is simple but daunting – to captivate, and keep, the attention of Ramses III.

Initially I felt that I’d read very similar stories before: beautiful peasant girl is rescued, turned into a lady, and wins the heart of the king while fending off rivals in the harem – a bit like My Fair Lady with more sex. Gradually, though, I realised that Thu has more weight to her than the protagonists of other such stories. Gedge isn’t afraid to make her unlikable, which she is, frequently – either because she’s being a conceited little brat, or because she is prepared to resort to some very underhand schemes in order to get her own way. By the end of the book she is certainly no longer an innocent and, seen from any other perspective than her own – which we share, as this is a novel in the first person – she could well be portrayed as selfish and vindictive. Were I to meet Thu in real life, I’d dislike her immensely; but she’s a fun anti-heroine to read about, and she definitely has spunk. Also, Gedge deserves credit for not slumping into romantic cliches, or at least only employing them for long enough to make it even more satisfying when she rips the carpet out from under our feet. As Thu will discover, no one can be trusted.

This isn’t a short book (591 pages in my edition, since you ask), but it flies by and Gedge manages to get in a lot of information about life in Ancient Egypt without it feeling heavy-handed. Fortunately Thu’s position makes it perfectly reasonable for her to overhear – or be present at – official discussions, which again takes away from the awkwardness you sometimes get when conversations are reported second-hand. It’s a well-written, very readable novel and I thought Gedge handled characterisation very well in general, not just that of the irrepressible Thu, but also in particular of the fascinating Hui – her father-figure, mentor and crush – and of Ramses, who swiftly became much more interesting than he initially promised to be. I don’t know how much we see the broad cast of secondary characters, if at all, in the sequel House of Illusions, but I’m looking forward to following up on the second part of Thu’s adventures. I have absolutely no doubt that our ruthless social climber is capable of getting right back to where she wants to be – and I’m going to enjoy watching her do it.

Next in the series – House of Illusions