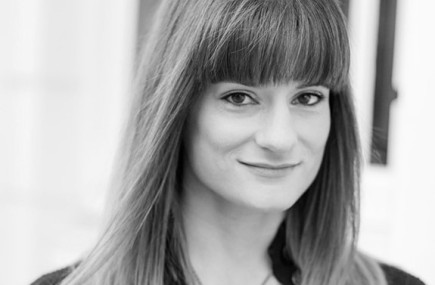 As we head deeper into the season of long nights and crisp mornings, this tale of anxiety, fear and distrust in an Icelandic winter feels very appropriate. It opens with a wedding: Rósa, the daughter of the late Bishop of Skálholt, is wooed and won by the wealthy farmer Jón Eiríksson. But this tale of a new marriage is far from being a cosy feel-good romance: no one is foolish enough to believe that love has anything to do with it. With luck, it’ll come later. Jón is a recent widower who needs a wife to help him on the farm and give him children. Rósa faces suspicion in her own community because she reads, writes and is fond of ancient runes and sagas – things that the church forbids. In theory, their union should help both of them. But Rósa has barely settled in before alarming questions begin to unsettle her. Why won’t Jón let her socialise with the local women? What’s the story behind his near-demonic servant Pétur? And what actually happened to Jon’s first wife?

The setting of the story – on an isolated farm as the winter comes on – helps to create a sense of tension that thrums throughout the book. Some parts of Rósa’s new life have an almost fairy tale quality to them. Her new husband presents her with a necklace, bearing the tiny glass figure of a woman, which gives the book its name. What does the necklace mean? Does it symbolise his hopes for a wife who is delicate, tiny, fragile and silent? Is it a way of marking Rósa as his own? And there are elements of Bluebeard to this tale of a quiet, unsettling man who clearly struggles to control his anger, who takes a new bride after the suspicious disappearance of his first wife, and who tells the bride she can go anywhere in their house except here. Lea does a wonderful job of amping up the psychological tension, playing with our expectations. From the moment Rósa is forbidden to go up into the attic, we know that she will at some point inevitably go there – but what she finds, and what it means, are things you’ll have to find out for yourself.

This is clearly a tale of domestic abuse: the story of a husband who isolates his wife, who denies her emotional satisfaction, and confines her with such little human contact, that she risks going mad – Bluebeard meets The Yellow Wallpaper, perhaps. However, it’s made more complicated by the fact that Jón isn’t an outright villain, especially as we grow to know more about him. Indeed, in some ways he’s the kind of rugged, tormented hero you might expect to find tramping over the moors in a Bronte novel. I did find it a little frustrating that I could never quite get my head around him, but perhaps that’s a sign of Lea’s skill as a novelist, because Jón does feel very plausible – a knot of faults, flaws and virtues just like those that make up a real person. I almost felt sorry for him when Páll turned up, because from that point it became clear that a happy ending simply wasn’t going to be on the cards, one way or another. And why should it be? In the claws of an Icelandic winter, with dark secrets and lies brewing in the background, perhaps tragedy is the only appropriate way for such a tale to finish.

I did feel that the book set up expectations that it wasn’t quite able to fulfil and, while I found Jón fascinating (because, as we’ve established so many times, I do like a tormented ‘hero’), I didn’t find Rósa all that interesting. Given her literacy, her love of sagas and her knowledge of runes, all of which were established at the beginning, I hoped that she might turn out to make slightly more impact as the book went on – but, perhaps intentionally, she never really asserts her presence. Maybe Lea wants us to understand that women in these kind of suffocating relationships lose their voice, their ambitions, their hope, and just begin to exist? If that’s the case, then all credit to her, but it makes a rather crushing read and there’s precious little hope or redemption in sight. It is a strange, suffocating, claustrophobic book – appropriately so, given the way that winter isolates its characters even more than they isolate themselves – and although there were many points where I appreciated it, I can’t say that I really enjoyed it.

It is, though, a rare glimpse of Iceland in historical fiction, and unusual settings are always to be commended. Furthermore, this deals with a period in which we really don’t spare much thought for Iceland at all, and it’s interesting to look beyond the roistering adventures of Vikings and early Christians, who usually populate historical fiction about the country. Perhaps the startling thing is how little Iceland has changed since those days: it’d be easy to imagine The Glass Woman unfolding in some distant medieval past, whereas in fact its characters are contemporaries of Charles II, Louis XIV and William of Orange. As such, it’s worth a look for those who like to broaden their geographical spread of historical novels – and I’d like to know what you make of it, if you read it.