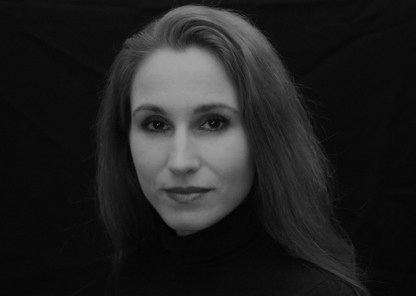 Buckle up and tally ho! Squeeze into your walking suit, grab your umbrella and put on a stout pair of shoes, because the ladies of the Athena Club are on another mission! In fact, a couple of tickets for the Orient Express wouldn’t go amiss this time either, because we are bound for mysterious and distant climes: eastern Europe, to be exact. Our band of remarkable young women – introduced in The Strange Case of the Alchemist’s Daughter – found one another when they realised that all their fathers were involved in the sinister Société des Alchemistes. Worse still, all their fathers were unethical scientists, interested in transmutation and modifying the human form, and many of our heroines are products of those experiments. Now it’s time for Mary Jekyll, Diana Hyde, Catherine Moreau, Justine Frankenstein and Beatrice Rappaccini to help another of their kind – for an urgent letter has come, requesting help, from a certain Lucinda Van Helsing…

The first thing to stress is that you must read The Strange Case of the Alchemist’s Daughter before starting on this. Our heroines’ origin stories are laid out there, and this sequel won’t make an awful lot of sense without knowing the background. In many ways, though, the background is so much wider than this novel’s predecessor. European Travel is best enjoyed with a grounding in sensational European literature from the 19th century and, for this particular instalment, the work of a Mr Bram Stoker is especially advisable. Alternatively, you could argue that reading Dracula would be monumentally unhelpful because – as we’ll discover – things didn’t happen quite as that novel describes.

When Mary and her clubmates receive Lucinda’s letter, there is no doubt in their minds: they must go and rescue one of their own from whatever terrible fate her father is inflicting upon her. But events move faster than they could have predicted. Before they’ve even left London, news comes that Lucinda has disappeared and is thought to be in Vienna. Fortunately, Mary’s employer Sherlock Holmes has a contact in Vienna, and is able to confirm that Lucinda has been confined to an asylum there, until such time as her father can take her to Budapest and show her off at the next annual meeting of the Société des Alchemistes. Mary and Justine (and Diana, who wasn’t actually invited) set off posthaste to Vienna on the Orient Express, nervously watching out for potential agents of the Société des Alchemistes on the way. Meanwhile, Catherine and Beatrice follow up on disturbing news that they may not have destroyed the Société’s London branch after all (see the drama at the end of the first book).

If you’ve read the first book, you’ll be hoping for a similar blend of gumption, cheekiness and derring-do, and this doesn’t disappoint. Indeed, Goss gets through characters at such a rate that she’s in danger of running out of canon texts. The girls arrive in Vienna to be greeted by Sherlock’s contact, Irene Norton (née Adler), who conceives a daring plan by which one of them can get into the asylum where Lucinda is being held – with the assistance of Irene’s dear friend, a certain Dr Freud. Gloriously, it’s only now (post the Freud scenes) that I realise how Goss has set up Mary and Diana, the daughters of Jekyll and Hyde respectively, to inspire Freud with the notions of the superego and the id. The mission is a success, but Lucinda is clearly extremely sick: unable to hold down food, pale to the point of anaemia, and with a worrying fixation on blood. Still, our heroines hope that all will be explained when they get Lucinda to safety with their mutual friend (and Mary’s former governess) Mina Murray in Budapest. But alas! Further dangers await our intrepid band, thanks to an untrustworthy coachman and a diversion to a ruined castle among the crags of Styria – not to mention a very unwelcome reunion. Will anyone come to rescue them? Will they figure out Lucinda’s illness? And will they be able to get to Budapest in time to disrupt the crucial meeting of the Société?

Obviously, it’s all enormous fun, presented with tongue firmly in cheek. In fact, I found my horizons expanded, as one of the important new characters comes from a book I haven’t even read: J. Sheridan Le Fanu’s Carmilla. Goss’s gutsy Carmilla does, however, have a much more familiar godfather – let’s just say he fought against the Turks in his youth, owns a castle in the Carpathians and has spent time in England. Like so many of our characters, however, he isn’t quite what you might have expected (our heroines seem quite taken with the dashing floppiness of his hair, and Mina Murray clearly isn’t regretting her decision to leave Jonathan Harker). And I haven’t even mentioned the Société des Alchemistes’s enigmatic female president – though I’m delighted to say that I did guess who she was going to be in advance. There are only so many supremely powerful female characters in 19th-century fiction, after all…

Yes, yes, I spent as much time character-spotting as I did actually focusing on the story, but Goss packs in an awful lot of incident. There are breathtaking escapes, disguises, battles, tragic deaths and delicate touches of romance. All of our protagonists remain impeccably in character throughout, while continuing the habit – established in the first book – of looking over Catherine’s shoulder as she writes and occasionally interrupting to correct, object or question her version of events. And we finish on a very dramatic cliffhanger, complete with the introduction of yet another extremely familiar face, who promises to become the big, bad villain of the third book. This whole series is essentially the literary equivalent of a warm bubble-bath with tea and I can’t wait to get my hands on Book 3: The Sinister Mystery of the Mesmirizing Girl. Recommended for any bookworms looking for a cosy, playful romp in period costume, which lets girls get their hands dirty and passes the Bechdel Test with flying colours. More please!

(Although obviously I’m now trying to guess which characters we still have left to play with in future novels. Phileas Fogg? Otto Lidenbrock? Professor Challenger?)

Next in the series – The Sinister Mystery of the Mesmirizing Girl

One thought on “European Travel for the Monstrous Gentlewoman: Theodora Goss”