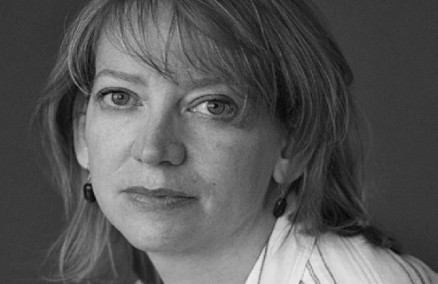 In the fictional world, there’s a certain milieu in New York society where clever (and slightly bored) people in immaculate apartments spend their time having casual affairs and profound conversations at dinner parties. While Katherine Heiny’s Standard Deviation is related to this kind of literary life, its characters have considerably more heart. Its lynchpin is Graham Cavanaugh, a man on his second marriage who finds himself weighing up his two former wives. To some extent the women are types: the ex is a cool, self-contained, refined lawyer; the present wife a kooky, exuberant socialiser. How on earth, thinks Graham, did he become attracted to these two women, who are so drastically different? How can they both attract and repel different parts of himself? And how can he balance his relationship with both of them, in order to bring a kind of sense to his life? A funny, warm exploration of a mid-life crisis, Heiny’s novel considers what it means to be human through the prism of one family’s experiences.

The funny thing is that not much actually happens in Standard Deviation. It’s a character piece at heart, following Graham, his bubbly wife Audra and their introverted, obsessive son Matthew. Their apartment could be the setting for an American comedy series: the hub for a series of quirky temporary guests, from the building’s doorman Julio to Audra’s friend Bitsy, and the irritating Papa Stan, grandfather of a rare friend of Matthew’s. But scratch the surface and this cheerful melange reveals a surprisingly vulnerable core: Graham and Audra’s fears for their son, who doesn’t seem to get on with many other children – hence the great excitement when he does bond with others of his own age. Matthew’s true passion is origami, and the book follows his admission to Origami Club, populated by a band of older men whose single-minded focus on their ‘folding’ gives Graham an alarming flash of what Matthew’s future might be. We see how both he and Audra do their best to encourage Matthew, but Heiny shows us, very subtly, how the strain of caring for a child on the autism spectrum affects their relationship.

And that relationship faces external challenges, not least from the reappearance of Graham’s ex-wife Elspeth. Devoid of jealousy, Audra is simply fascinated by this woman she’s heard so much about, and who is so very different from herself – and equally intrigued by Elspeth’s new beau, the pretentious British Bentrup. (I tried to imagine what Bentrup was like, but all I could come up with was a vision of Stephen Fry on his most mellifluous form.) In theory, Elspeth is coupled up and ‘safe’. But, for Graham, her return to his life offers him a stark contrast between what is and what was – the destruction of their marriage having been his own fault, for having an affair with Audra. Given the circumstances, you’d imagine that matters would be too acrimonious to manage, but the two couples create a civilised entente that – if only for a time – gives Graham the pleasure of spending time with the two women he most admires.

If this book had been written by a man – a particular kind of male American author – Graham might have become an obnoxious self-insert for the author, a wish-fulfilment project for the middle-aged man who craves female attention and goes off the rails in pursuit of it – yet is never harshly judged. (Think Woody Allen’s films.) Heiny doesn’t judge, but nor does she allow him to lose sight of the rails. She keeps us conscious of the wider picture: Graham might be the main character, but the novel isn’t really about him: it’s about the wider family, and how this strange little band of people manage to create a world for themselves. Graham has an idea of what should be ‘standard’, and the world that Audra gives him doesn’t always fit that – she’s too impulsive, too open, too ready to shock. Graham has moments when she drives him up the wall (aren’t we all sometimes irritated by those we love?), but Heiny’s novel asks him to take the next step and appreciate Audra’s difference, as well as just tolerating it. Family life isn’t always easy but, as Graham and those around him will discover, the status quo can never quite be regained once lost. By turns compassionate, funny, sad and gently hopeful, this is a very modern story of the family lives we make for ourselves, and how we learn to love.

Beautifully written, occasionally screwball, and blessed with a very touching take on the challenges of raising a neurodivergent child, this is a book well worth a few hours of your time. Plus, for those of us (most, I imagine) who don’t move in the comfortable circles of Manhattan society, it has a tinge of the exotic: the pleasure of eavesdropping on life. Impressively, it’s Heiny’s debut novel. She has also written short stories – the collection Single, Carefree, Mellow and the standalone story 561 (which seems to tread similar ground, in studying how people deal with the aftermath of a split). I’ll have to look these up in due course: I like her shrewd reading of human nature and her compassion.