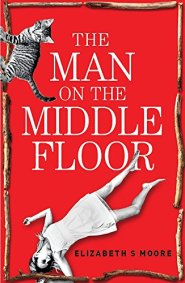 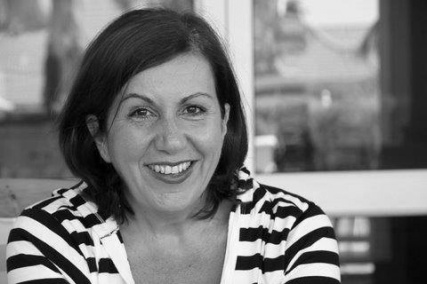 If Standard Deviation showed us a picture of a modern family dealing with autism in a compassionate, caring and progressive way, The Man on the Middle Floor offers a picture of what can happen when people don’t get the support they need. We zoom in on Kilburn, North London, where three people share a converted Victorian house. They live the typical atomised lives of Londoners, who are often strangers even to their neighbours. On the ground floor there’s Tam, invalided out of his beloved police force by a bullet to the leg and taking (far too much) solace from his local pub. Upstairs there’s Nick, determined to succeed at the challenge of living alone despite his Asperger’s. Finally, on the top floor, there’s Karen: specialist in autism, devoted to her work at the expense of her family, certain that her next article will finally bring her the recognition she deserves. Three lives, about to be linked in the most unexpected way.

Nick is determined to prove that he can live alone, if only to get free of his overbearing grandfather and his constant advice. He religiously follows each day’s schedule, doing his best to overcome the deep frustration of amending his plans to accommodate new things: the cat his grandfather tells him to get, for company; or the job he’s told to get. The problem is that the world just doesn’t make sense most of the time. And so he reacts in ways that seem logical to him. The young couple disturbing him in the park by making out next to the pond – which is sickening, by the way; why won’t they just be quiet? Easy. Just hit them with this big stick he’s found, until they shut up and stop causing a public nuisance. Even when the murder makes the news, Nick doesn’t regret what he’s done. He has acted in a way that seemed obvious to him, although he does understand that he needs to get rid of his bloodied clothes. As the news reports continue, reminding him of events, he grows ever more unsettled, and ever closer to the verge of hopeless panic. For now, no one knows what he has done – but how long can he keep out of trouble?

Upstairs, Karen believes she’s close to an academic breakthrough. Her focus on her work is so absolute, with so little space for anyone else, that she has already broken up her family. Although she loves her children (who live with their father) in an abstract way, she has little real interest in them: all her attention and passion is focused on her research. She believes that people with autism can be helped to develop independence and social skills through being gently integrated into a suitable work environment. When she realises that the young man living downstairs has autism, she’s delighted: here at last is a guinea pig for her project. She imagines herself opening new worlds of possibilities for Nick and being hailed as a thought-leader in her field. Fortunately she knows just the job for him – a vacancy at work. Now all she has to do is persuade him to take it (little realising how this extra stress will affect Nick’s already turbulent mind). Meanwhile, on the ground floor, Tam watches his neighbours, sizing up his chances with Karen (whom he judges to be in need of a good man’s love and care), and watching with bemusement as Nick exhibits a steadily more bizarre series of behaviours. His policeman’s antennae are twitching. Something isn’t right here; but what – or who – is it?

Moore does tread on dangerous ground, because the novel could be read as suggesting that Nick behaves as he does purely because of his Asperger’s. I don’t believe this myself: we are shown very clearly that he has also suffered a childhood of profound and extreme emotional trauma. But I can imagine that, if I had autism myself, or had autistic loved ones, I would feel quite upset by the implications. She dances with controversy even further in her depiction of Karen, who takes to extremes the damaging cliche of women being unable to balance satisfying careers and suitably nurturing care for their families. I don’t think she means to upset people – though people have had very strong reactions against the novel for this reason, as you can see on review sites. For me, the novel was a daring examination of what can happen in the rare instances where things do go wrong – Nick is not only autistic but has other troubles to deal with; Karen is not only a career woman but is clearly struggling with engagement issues of her own. We shouldn’t dismiss a novel simply because it has an unpleasant character who is a ‘career woman’, or because it shows someone with autism behaving in an alarming way. It would, of course, be a different matter if autism or Asperger’s was depicted in a genuinely inaccurate and alarmist way for fictional impact, but I’m not in a position to judge that.

The best way I can describe this novel is as a ‘snowball’, a plot that gradually speeds up and gets out of hand, exerting all the fascination and horror of a car crash in slow motion. Moore creates characters who are nuanced and complicated, even if (with the exception of Tam) they’re not people you can really warm to. And she keeps up the momentum right to the end. It’s an engaging book, probably not one I’ll reread, but it has made me think about the challenges of being neurodivergent, and given me great admiration for the vast majority of people with autism who (unlike Nick) build happy and fulfilled lives despite any challenges they face. I would love to know if any readers with autism – or those with experience of the condition – have read this book, and what you thought of it. How accurate is the depiction of Nick’s thought-processes? What did you think of Karen as a character? I think this is the kind of book that starts conversations – it courts controversy – so let’s discuss. Genuinely interested in all views.