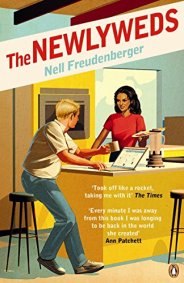 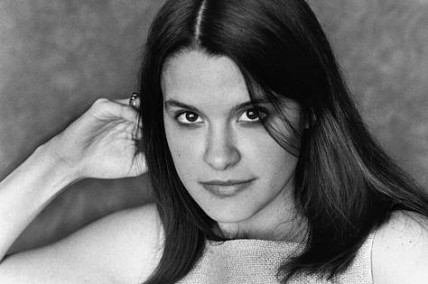 When Amina meets George on an online dating site in the early 2000s, she can hardly believe her good fortune. She is in Bangladesh, he is in America, and yet they seem to be perfect for one another. She admires his old-fashioned values, while he appreciates her pragmatic and unmaterialistic spirit. They message for eleven months – with one brief interruption; he comes from America to visit her and her parents in Bangladesh; he produces a ring; she applies for a fiancee visa. And suddenly here they are: in a three-bedroom house in Rochester, New York, freshly married, at the beginning of their life’s journey together. Freundenberger’s novel traces – with clear-sighted compassion – the choices we make when we select a spouse: the futures we cross out in doing so, the futures we assume without ever actually talking about them, the pasts on which we turn our backs. What initially seems to be a simple story about domestic adjustment becomes something much bigger and, perhaps, much sadder.

Sometimes, when I take the bus or the train, I catch a glimpse of lighted windows in the houses I pass and see a fragment of the lives within. I find it almost impossible to understand that, in each of these houses, there live people with the same complex histories, the same loves, fears, hopes and vulnerabilities, as I have. When I try to understand the sheer complexity of this human web all around me, it can be dizzying. Freudenberger’s book is something like this. We start with an apparently simple setup: a newlywed couple, who met online. Amina is doing her best to learn the American way of doing things: George patiently corrects her English; she makes a point of going out to the mailbox every morning; she is going to sign up to an English course and look for a job. She is keen and so very eager to belong, because the alternative to belonging is to be stranded, alone, on the other side of the world from those she loves. As Amina’s story begins to spiral out from the newlywed in her smart new home, we realise that this young couple’s life is far from simple – that no couple’s life is simple. And Amina’s new status as an American wife – while it might impress her extended family at home – is not the universal panacea that people might imagine, or she expected.

For these two young people – George in his early thirties; Amina in her mid-twenties – their present situation is the result of a number of choices and compromises. These are things that Amina doesn’t think about too much. Why was she looking for a husband from America? Why was George looking for a wife from abroad? Does it matter that he is so particular about certain things? Does it matter that he is remarkably unforthcoming in emotional matters? Does it matter that neither of them are sexually experienced and that Amina regards sex as an awkward chore? Does it matter that they haven’t ever actually spoken about what they envisage their life being? Crucially, does it matter that they are from very different cultural backgrounds, which means that they take certain things for granted in very different ways? Things which might prove to be huge stumbling blocks in the future – like Amina’s cultural assumption that of course her parents will come to America as soon as she has her citizenship, and of course they will live with her, because that’s what is done. Versus George’s assumption that a man’s house is his castle and that a nuclear family consists of father, mother and children only. As these two young people struggle to find their path, they face the added challenge that they aren’t just two separate people (and thus doomed to misunderstandings anyway) but also representatives of two separate cultures.

As the story expands, we see how Amina learns to fit into George’s family and begins to build a strategy for dealing with them. She learns who can be trusted; who thinks that a foreign wife was an odd choice; and who – rarest of all – promises to be a friend, such as George’s elusive and esoteric cousin Kim. Alongside these struggles in the present day, we learn about Amina’s background, growing up in a cash-stretched but supportive family in Bangladesh, and her own relations. Since we see the story from Amina’s perspective, it’s telling how vividly and freshly these Bangladeshi memories appear, compared to the hazy understanding she has about George’s past. How much of her own background does George know? Does he understand that their life together will have to be a compromise, or did he assume that she would seamlessly morph into the ideal ‘woman’ he has imagined by his side? It’s hard to tell. But it becomes increasingly clear, as the story progresses, that both of them have kept portions of their past secret, often with the best of intentions, or without fully appreciating what that secret meant to them. The novel shows us, slowly and movingly, that we meet people as blank slates and may spend the rest of our lives patiently excavating their true selves – only to find that reality doesn’t always fit with expectation.

This isn’t a book that you remember for being clever or breathtakingly twisty. It is a glimpse of two very plausible lives: two people who have leapt into a situation which is now moving along under its own steam, at a pace that risks running away with them. It’s a story of small happinesses and small tragedies; a story of growing up, of accepting what life has given you and understanding that it will take some work to make it into what you always thought it was. Perhaps, in short, a fair picture of what many marriages are like? I wouldn’t know. But this heartfelt little story of compromise, with its striking ending, ends up making a quietly poignant impact.

A quick cover feature, because I am amused by the difference between the four extant covers for the novel. My Kindle edition has the 1950s-style cover used at the top of the post, which I think is rather amusing. The same ‘perfect kitchen’ idea plays out in another of the covers, in pastel shades. Another edition plays with the idea of juxtaposing two very different birds, suggesting the proverbial affection between ‘birds of a feather’ (but what of birds of different feathers?). The choice of birds is also significant in the context of the novel, as you’ll see. The third cover is a mashup of a dreamy veiled Indian woman set against an American house – to my mind, the least appealing of the group. What do you think? If you’ve read the book, which of these do you feel captures the mood most accurately? Fond as I am of my over-bright 1950s cover, I think that in browsing a bookshop I’d be most drawn to the cover with the birds… 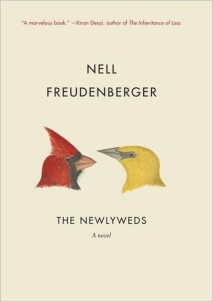