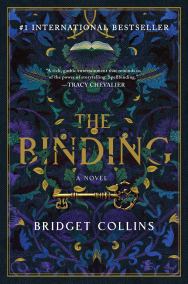 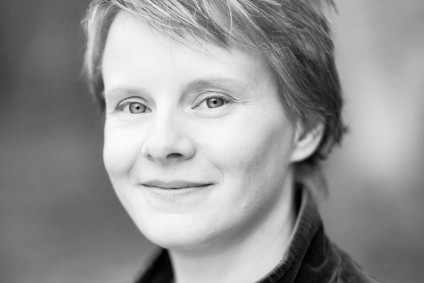 Colleagues at work have just set up a book club, which is an exciting development, especially because they’ve picked out some really interesting titles. The first meeting I’m able to make is devoted to The Binding, which I devoured yesterday during a long flight and which turned out to have a delicious mixture of flavours: historical fiction, fantasy, mystery and romance, all wrapped up in evocative prose. We follow Emmett Farmer, a young man who is recovering from a serious illness that has wiped out most of his summer. He’s just beginning to regain his strength when a troubling letter arrives for his parents. The binder has asked for him to be her apprentice. Emmett doesn’t understand why an old woman, shunned for her unspeakable craft and regarded with fear, could possibly want his help; but nor does he understand the new undertones of suspicion with which his family regard him. What happened during his illness? And why, when he reaches the binder’s lonely home, in the middle of the marshes, does he feel so sickened by certain rooms? Can Seredith, the binder, his new teacher, harness what she believes to be his deep natural talent? And what exactly does a binder do, anyway?

The setting feels very similar in date to those of Once Upon a River and The Essex Serpent: the 19th century, I would say, with simple rustic villages butting up against the incipient blossoming of urban industrialisation. Emmett’s family farm is a place of hard labour and honest work, governed by the seasons and the simple festivals of a rural life: the harvest, the local fair, and the Turning deep in midwinter, when gifts and feasting lighten up the cold dark days. His experience in Seredith’s cold, old house is even more timeless: a round of work and preparation, slaving over simple tasks designed to hone his hand and eye, without ever being told what he’s working towards. All there is out here is the eternal sweep of the flat, grey marsh and the silence – except when Seredith’s customers come to call, and that’s far worse, because their presence, or rather their treatment, makes Emmett feel ill all over again. But the book also takes us into the towns, specifically to the local centre of Castleford, a teeming, cramped warren of humanity, where everything is already beginning to be covered in soot from the factories, and the clean openness of the marshes feels like another world. Collins certainly conjures up a marvellous sense of place and the book wouldn’t have the power it does – being largely a slow-moving, brooding story – without these strongly-evoked settings: marsh, forest, ruins, farmland, workshop and, yes, too, nobleman’s townhouse.

What is binding? As Emmett adjusts to his new home, he longs to understand more. The local people think Seredith is a witch, and his own father regards her work with disgust. Why, then, has he been so ready to give Emmett up to her? Emmett supposes he must really have some inner gift for this craft of binding, but surely it involves more than his careful preparation of endpapers and tooled gold lettering? It must be something to do with books, finished books, which are also regarded with fear and repulsion and – at least in Emmett’s country world – only available at seedy stalls at the local fair. And yet Emmett once read a book, which he bought at the fair without his father seeing, and was later thrashed for; he read it, and was captivated by the story it told of a soldier at war. As time passes, hunched over his desk in Seredith’s workshop, he begins to understand more. The making of books must be linked to Seredith’s clients, who come to her full of pain or anger or regret or guilt or grief, and who leave their sessions cured. Cured, but also somehow empty and flat. Where have those passions gone? Where have their memories gone, which caused them so much suffering? Into the books? As Emmett begins to understand the real power – and danger – of binding, he also becomes aware that Seredith’s way of doing things is old-fashioned and under threat. Modern binders don’t hide their books away, to protect them from prying eyes. On the contrary, among the fashionable binders of places like Castleford, everything is for sale. For a price.

I loved Collins’s slow revelation of her world. The idea of binding is simple but remarkably powerful, and it’s a concept that opens up all kinds of possibilities – few of them healthy. What would you do if you knew there was a way to pluck out a particular memory or part of your life’s story? Would you choose to do it, knowing it might make you happier but leave you just a little emptier? Would you follow fashion, and have a binder visit every year or so, to flush out the latest memories of your husband’s infidelity? Would you go to one of the booksellers, to buy books made for ‘trade’ – the memories of people with good stories, desperate for money, who have sacrificed their lives for the delectation of others – giving up their pasts to secure their futures? And what about pornography and the misuse of binding to create whole libraries full of entertainment for the supposedly more ‘sophisticated’ gentleman? These are all issues that Emmett will face during his training as a binder, and his growing understanding of his own situation. But when that training is abruptly interrupted, he faces the fear that he might never truly understand what he can do. And there are other things that don’t make sense. How is his illness linked to his abilities? When will he know if he’s ready? And why does he have such a violently unpleasant reaction to the arrival of one of Seredith’s clients – the gaunt but elegant Lucian Darnay?

Compelling and very well-handled, this book ekes out its revelations like a fishermen loosening a line. I’ve tried to avoid spoiling anything here, because the joy of the novel is to see how things develop, and to guess at the unfolding mysteries. Each of the three parts has a different feel: the first, isolated and haunted; the second, bucolic and dreamlike; the third, a lump-in-the-throat race against time; and together they make for a very gripping story. Just what I needed on an eight-hour flight! Highly recommended, both for those who enjoy historical mysteries, and for those who enjoy the developing subgenre of historical fiction with a tinge of magic. For example, you’ll enjoy this if you like The Essex Serpent, The Thirteenth Tale, or Jonathan Strange and Mr Norrell. There are also beautiful choices of language: this book introduced me to the word ‘nacreous‘, meaning ‘mother-of-pearl-like’, which I didn’t know before.

I’d love to know if anyone else has read this. Did you see the revelations coming? What did you think of it? Do you have any other ‘if you like this, you’ll love that’ recommendations to share?