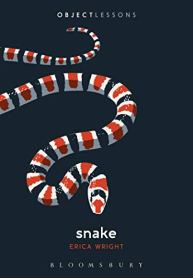 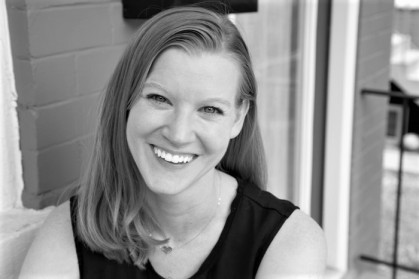 I’ve read several other books in the Object Lessons series and they’re always thought-provoking, quirky and inventive. Each book takes an everyday object and examines it from various perspectives – historical, social, ecological, cultural or mythological – offering unexpected angles on things that we might have taken for granted our entire lives. But the subject of this book is less ‘everyday’ than the others, at least for those of us in the UK. Erica Wright’s throwaway comment that, ‘If you’ve never killed a snake yourself, you probably know someone who has,‘ definitely isn’t true for me, but perhaps I just associate with particularly unadventurous non-snake-killing types. Wright is American and this book feels very heavily weighted towards a US perspective, whereas the other books I’ve read from this series manage to take a more universal approach. While there’s plenty to fascinate in Wright’s discourses upon all things serpentine, her book lacks the firm narrative command that some of the other writers in this series have achieved. Instead, Snake has a slightly frustrating, meandering quality that means we dart from subject to subject without really getting our teeth into the topic.

Wright’s extended essay on snakes comes from a deeply personal place. She frequently reiterates her childhood phobia of snakes (ophidiophobia is the official term), and this book results from her recent efforts to appreciate snakes in all their forms. Lengthy sections focus on two peculiarly American forms of engagement with snakes, which take on the quality of an ethnographic study. First, there’s the gruesome custom of ‘rattlesnake roundups’, which still take place in the Midwest, at which snakes are gathered and then slaughtered in bloody profusion. Sometimes beauty queens are crowned for the occasion and given the honour of first kill. Then there’s the more respectful, but equally dangerous tradition of snake-handling in certain ‘signs-following Pentecostal churches‘, a potentially lethal practise that has led to several deaths, and which is recorded in a 1967 documentary called Holy Ghost People. Wright points out that very few churches continue to handle snakes during services nowadays (around twenty-five are legally registered, though there are sure to be unregistered churches in states where the practice is illegal). The practice derives from a passage in Mark’s Gospel, when the resurrected Jesus speaks of his followers, who ‘will drive out demons; they will speak in new tongues; they will pick up snakes with their hands; and when they drink deadly poison, it will not hurt them at all‘. A case of the Bible being taken alarmingly literally.

Fortunately Wright also casts her net more widely, looking at snake symbolism and even delving deep into the Paleocene era, 58 million years ago, to conjure up an ancestor of modern snakes: Titanoboa cerrejonensis. This enormous serpent, found in fossilised form in Columbia, was so thick in body that its diameter would come up to a man’s waist; it could reach forty feet long and weighed around a ton. She notes that snakes are often mimicked by other species which hope to discourage predators, such as the caterpillars who travel head-to-toe in a long, snaking line. She covers the exotic arts of snake charming and belly-dancing (the two were only combined relatively recently, by circus bosses looking for an attractive sideshow act), and considers the medicinal effects of snake oil. On the same theme, she includes the story of the American rock singer Steve Ludwin, who has been injecting himself with snake venom for the last thirty years. It’s all very rock ‘n’ roll. Ludwin has, unsurprisingly, spent several periods in hospital, but he’s come through, developing anti-toxins in his own blood which might help to treat others suffering from snake bites. And Wright also notes another case of celebrity-meets-snake, in the form of Britney Spears’s notorious performance at the 2001 Virgin Music Awards while toting a seven-foot-long Burmese python named Banana.

This is all good stuff, but I felt that Snake fell down when it came to the cultural and mythological role of snakes. Sometimes it feels as if Wright has just Googled ‘snakes’ and drawn on whatever she found without weighing up the reliability of her source. She tells us that Mount Tsurugi in Japan is said to be guarded by an enormous serpent which protects ‘King Solomon’s treasures‘ (or, according to your source, the Ark of the Covenant). In fact, rumours of an enormous snake on the mountain are much more widespread – thanks to eyewitness testimony from 1973 – than the theory that the mountain houses Biblical treasures of any kind, but Wright gives the impression that both legends are equally established. Other cultural beliefs about snakes are mentioned only in passing. For example, it’s fascinating that the snake, shedder of its skin, has become a symbol of rebirth and rejuvenation to so many peoples, from the Ancient Greeks to the Mayans. I’d have loved to hear some stories about the Feathered Serpent in Central American mythologies, or to learn about the Temples of Asclepius, where non-venomous snakes slithered freely around the floor. Wright does write interestingly about the caduceus of Mercury, which seems to have become the sign of the medical profession only accidentally, having been confused with the staff of Asclepius himself.

But there’s such a rich treasury of cultural snake-lore out there, with connections crying out to be made between different societies, and I was frustrated that some obvious links weren’t followed up. There’s a passing reference to Nüwa, the creator of mankind according to Chinese mythology, who is shown as a snake with a woman’s face. But there’s no link to the parallel tradition in Christian art of showing the serpent in the Garden of Eden with a woman’s face (although of course the snake’s role in Eden is mentioned at some length). I was doing some research into that artistic tradition recently and it opened up a whole series of fascinating ideas about deception, seduction and wisdom, some of which would tie in well with other points that Wright makes. I wish she’d written a little more about snakes in Western religions and history. Poor Cleopatra is named in passing, but surely deserved a little more space. Wright does mention the intriguing Festa dei Serpari at Cocullo in southern Italy, where snakes are draped over the statue of San Domenico di Sora on 1 May every year. She notes his role as a healer from snake-bites, and suggests that the festival developed from pre-Christian worship of the goddess Angitia; but it would have been more interesting still to follow that rabbit-hole down a little way, and to consider other religious systems in ancient Europe which associated goddesses and snakes. One major omission from the book is the tradition of the Minoan snake goddess, whose cult morphed in Greece into that of Athena. Her monumental statue at the Parthenon showed her with a snake curled around her arm: a symbol of wisdom, but also a throwback to a much more ancient religious association. This all suggests that there was a stark dividing line in the reputation of snakes: before Christianity, they were regarded as harbingers of wisdom and healing. Afterwards, they became slithering, untrustworthy emblems of deceit.

I was also frustrated by occasional digressions which have nothing to do with the theme. These should be concise, tightly-focused books rather than opinion pieces. For example, Wright uses the connection of snakes and female sexuality to write about injustices done to assault victims, who are blamed for having incited their attackers by dressing in a certain way. She moves from serpent-handling churches to a faintly sarcastic passage about how Christians follow certain Old Testament passages to the letter, but conveniently overlook others, such as those which might require them to sacrifice their children. And, several times, she dwells on the way that our abuse of the planet and ‘taking our superiority for granted‘ has led to cataclysmic destruction. Now, I completely agree that women should wear what they darn well like without fear of attack or blame. I agree there’s a climate crisis and, if pressed, I suppose people do have a pick ‘n’ mix attitude to the Bible. But I don’t think that a book about the cultural and social history of the snake is a place for discussions of this sort. There are also unnecessary personal anecdotes, such as Wright’s memory of the time she slept in a cave. This isn’t completely unrelated, as she goes on to write about snakes in cave art and on ancient pottery, but her own memory of being in the dark in a cave takes up much more room than the cave-art comment. Of course, a book like this should have some elements of the author’s personality, to prevent it from being too dry, but it’s a delicate balance. In Snake I often felt that the fascinating subject was overshadowed by the author. A tighter editorial eye could have been useful.

The narrative looseness doesn’t take away from the intrinsic fascination of the topic, however. Whether they’re familiar visitors to our back gardens, or exotic creatures only glimpsed in terrariums at the zoo, snakes exert a particular pull on the human imagination. With tales of serpent-handling churches and venom-injecting rock stars, this is a refreshing introduction to the ways that humans and snakes have interacted – even if I’d have liked more detail on history and culture, and slightly fewer anecdotes about Wright’s own life. Whether you’re wary of these slithering creatures, or strangely attracted to them, this is likely to throw up intriguing ideas for future reading.