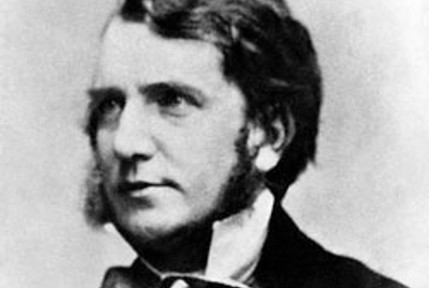 Mark Wylder’s marriage to Dorcas Brandon will bring about a truce between their families, after centuries of avaricious squabbling over titles, incomes and the ownership of Brandon Hall itself. But, as Charles De Cresseron travels down from London for the festivities, he can’t help marvelling that Mark has pulled it off. Despite their long acquaintance, Charles has never really liked Mark, and his raffish old acquaintance seems unworthy of a stately and beautiful woman like Dorcas Brandon. She, for her part, maintains an air of queenly indifference to her impending marriage: this is clearly no love match. When Mark unaccountably vanishes, shortly before the wedding, all the evidence suggests that he has cut and run; but what has prompted his disappearance? To make matters worse, his departure leaves a convenient gap on the stage at Brandon Hall, and Dorcas has another admirer waiting in the wings: the devilish Captain Stanley Lake, all too eager to take advantage of his rival’s absence. All the components of Victorian Gothic are present and correct: rambling old houses; dark secrets; ghosts and devilry; dastardly plots; innocence under threat; and an abiding mystery at its heart.

It’s offensive enough that Mark Wylder has vanished a handful of days before his wedding, with no explanation save a few offhand letters from London, but worse is to come. Soon letters begin to arrive with continental postmarks, and it becomes clear that Mark has no intention either of explaining himself or coming back in the near future. Dorcas’s guardian, Lord Chelford, is forced to draw the inevitable conclusion: the engagement is forfeit. But what a mess Mark’s flight has caused! The marriage that was supposed to bind together two rival families now lies in tatters, and without a return address on Mark’s letters, no one can contact him about a series of increasingly urgent financial affairs. The unctuous family attorney, Jos. Larkin, finds himself in a state of some confusion – but confusion can offer opportunity for a clever man; and Mr Larkin, duplicitous and utterly hypocritical, is as clever as they come. He knows that the Rev. William Wylder, vicar of the parish and Mark’s brother, has been left in a state of painful financial embarrassment by Mark’s midnight flit. Under the guise of helping the desperate vicar, Larkin sees one way of feathering his own nest – but, as Captain Lake’s net closes in on Dorcas, and the family’s affairs become ever more precarious, mightn’t a clever attorney find other ways too of exploiting the situation?

Although characters go up and down to London, there’s a powerful sense of isolation about Brandon Hall and its local village of Gylingden. This isolation gives fuel to the mystery and machinations that drive the plot, and add a potent sense of menace, which is emphasised by Le Fanu’s evocative settings. At one end of the scale of grandeur, there’s Brandon Hall itself, with its vast rooms, shadowed passageways and sinister portraits, not to mention the hints of supernatural madness. At the other, there’s the little cottage at Redman’s Farm, an oasis of prettiness and calm among the thick trees of Redman’s Dell, where the forest dips down into a ravine, and the word ‘gloaming’ positively cries out to be used. Yet even Redman’s Farm, where Captain Lake’s sister Rachel has made such a happy little home for herself, begins to be sucked under by the shadow that’s spreading out across everyone connected with the Wylder-Brandon marriage. As Rachel is drawn, against her will, into her brother’s fiendish plans, she finds herself torn between loyalty and morality, fidelity and faith, and sinks into misery. She is one of the few true lights of this novel, in which virtually everyone is tarnished to some degree – I would say that Rachel, Lord Chelford and Rev. and Mrs Wylder are the only genuinely appealing characters here (De Cresseron exists merely as narrator, without having any real input).

You can’t escape the feeling that Le Fanu feels a duty to have ‘nice’ people in the book, but (with the exception of Lord Chelford) they exist mainly as prey for his villains. And such villains! Captain Lake comes out of the story as a true Mephistopheles, but part of his fault – as far as Le Fanu is concerned, I think – is that he aspires above his station. He dares to imagine himself as master of Brandon Hall, and he’s driven by ambition in a way that betrays his modest background. Although Lake does commit crimes, they are largely born of accident or expediency: a way to mitigate a problem that can’t be resolved, only put off as long as possible. (It is significant for everyone in the novel that Dorcas’s legal possession of Brandon Hall lasts only as long as Mark Wylder is alive.)

Now, Lake is a proper old-fashioned rascal, whose every appearance begs for moustache-twirling and cloak-furling – but I thought the worst villain of the piece was Larkin, who exploits the poor Rev. Wylder so cynically. Understanding that exploitation took a bit of concentration, as there was a bit too much legal back-and-forth for my liking, and it took me half the book to figure out what a reversion was (a key theme!). However, there seems to have been a general Victorian literary penchant for storylines about settlements, wills, entails, and all that to-do: just look at Bleak House. And I still found Larkin (albeit loathsome) far more interesting as a character than the unworldly Rev. Wylder. (And let’s not even mention the vicar’s little boy, the unbearably twee ‘Fairy’: all golden hair, skipping, lisping, and mawkish innocence in the Little Lord Fauntleroy mode.)

The Irishman Le Fanu was a contemporary of Wilkie Collins and Charles Dickins, though he’s much less well-known, and if you enjoy their more sensational novels, I’m sure this will be right up your alley. The novel isn’t always completely successful to modern eyes: Le Fanu can be florid and he gets carried away with certain Gothic exuberances (mad relatives in the attic! Visions of blood!). It’s also a strange choice to have a first-person narrator, in the form of Charles, who occasionally drifts in and out of the action, has no real part to play except as an observer, and who spends most of the time recounting other people’s experiences in the third person. Le Fanu could have dispensed with Charles altogether and I don’t see that it would have made any difference to the plot whatsoever: it seems a strange waste of a character. But, for all that, he has crafted a compelling plot: I read the few chapters in a hectic rush. Whatever the truth of Mark Wylder’s disappearance, one thing is for sure: Gylingden will never be the same again.