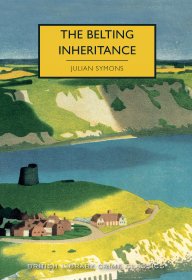 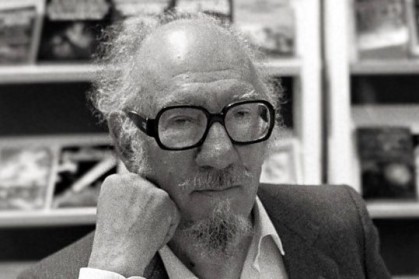 Christopher Barrington has lived at Belting, the sprawling country house belonging to his maternal great-aunt, ever since the age of twelve, when he lost his parents in an air crash. The family is a strange one: the widowed old Lady Wainwright and her two sons, hapless Miles and uptight Stephen, along with Stephen’s wife Clarissa. Two other sons, Hugh and David, were lost in the Second World War and Lady Wainwright has never come to terms with her loss, especially that of David, her bright and charming favourite. In the summer of Christopher’s eighteenth year, we watch through his eyes as the old order at Belting comes under attack. As Lady Wainwright lies dying of cancer, a letter arrives, closely followed by a stranger, who claims that he is the long-lost David Wainwright. Inspired by the famous Tichborne case, this is a highly entertaining – albeit hugely convoluted – story.

For Lady Wainwright, her favourite son’s return is cause for celebration. ‘David’ has a tragic tale to tell: shot down over Germany, he was then sent to a Russian labour camp, where he remained for several years. Only now, having worked his way back across Europe, has he been able to come to terms with his horrific experiences, and only now has he dared to contact his family. His mother is convinced, seeing it as a miracle that she can be reunited with her son before she dies; but Stephen and Miles are equally certain that David is an imposter. Although he seems to know his way around Belting and can answer pointed questions about the past, they’re sure that his arrival is merely a cynical ploy to take a cut of the family money. And so Stephen, the more ruthless of the two, decides to seek out some of David’s old friends to get their opinions on his identity. The matter is urgent, for Lady Wainwright has already summoned the family solicitor with a view to changing her will, and time is running out at Belting.

Christopher is an endearing narrator, full of undergraduate pretension and pomposity. His passions are self-consciously archaic and would be more at home in the 1890s: a copy of Max Beerbohm’s Works close to hand; a penchant for Aestheticism and Oscar Wilde; and a bedroom redecorated in a voguish Japonisme style. But he still has flashes of boyishness: one moment, he’s feeling superior to his family; the next, he’s competing with Miles to see who can come up with the worst puns. Symons is very good at capturing ‘voices’ (I talked about his skilful creation of a very different narrative voice in my post on The Colour of Murder), and Christopher is an ideal guide: young enough to be ignorant of the dark secrets lying in the family’s past, but curious enough to ferret them out. In a way, though, he’s so convincing as a self-centred, posturing adolescent that it’s difficult to believe in his flights of deductive brilliance which help to solve the mystery of David’s past. For me, that final section in Paris is where the book falls down a little.

Symons is wonderful at conjuring up Belting: a rambling old house which has outlived its glory days, and in which the family rattle around under the iron thumb of old Lady Wainwright, clinging to the memories of a mothballed Victorian past. (Having just read Wylder’s Hand, I found that there were some parallels in the setting – not to mention the themes of potential imposture.) And yet, although the plot shifts into a higher gear when we leave Belting for France, its credibility seems to fade. Christopher’s deductions display intuitive leaps worthy of Sherlock Holmes, which seem unlikely in a rather dreamy boy, and there are some tremendous coincidences which are a little hard to credit. Nevertheless, it’s fun. Symonds combines a homage to the Golden Age of crime novels, seen in the Belting sequences, with glimpses of the looser, livelier society that’s opening up in London, Folkestone and Paris. Although it’s never specified, the events of the novel must take place in the early 1950s, although characters like Betty Urquhart anticipate the sexual freedom of the time when Symons was writing.

The world of the novel is engaging and colourful, even if the plot takes a sharp turn towards implausibility, and the ending felt a little too pat for me. But the journey is enormous fun, as you try to puzzle out whether or not David is truly who he claims to be. It’s interesting that Symons chooses to give us a definitive answer about that, in contrast to the case of the Tichborne Claimant which, as I said earlier, inspired The Belting Inheritance. There, matters were far less clear cut: despite a court case that became a cause célèbre in Victorian England, and which seemed to prove that the Claimant was an imposter, there are still proponents for and against his claim. I see that a film was made about The Tichborne Claimant, which looks rather fun, and the case also inspired the short story ‘The Improbable Imposter Tom Castro‘ by Borges.

And of course, tales of supposed imposters are nothing new: for a notorious medieval equivalent, take a look at The Return of Martin Guerre. Do you have any other recommendations of books, either fiction or non-fiction, which revolve around cases of mistaken or disputed identity?