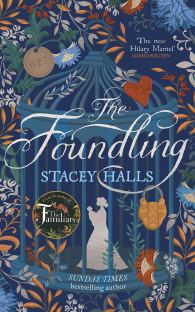 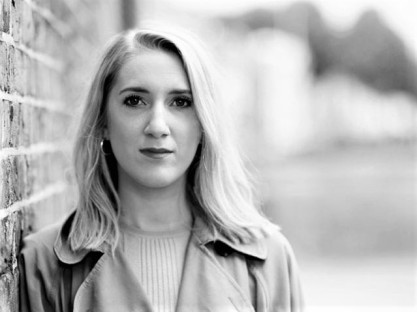 When Bess Bright falls pregnant in 1747, she knows there’s no chance of keeping her baby. As an unmarried mother, how could she afford to feed and clothe a child in the cramped apartment she shares with her father and her feckless brother? Bess knows that her daughter’s best chance lies with the Foundling Hospital, where children are well-fed, clothed, and trained for respectable careers in service. Heartbroken at the choice she has to make, she leaves the newborn Clara in the hands of the Hospital officials, along with a token that Bess can later use to prove her identity – for she’s determined to claim Clara as soon as she can afford to keep her. After six long years, she finally returns to the Hospital, life-savings in hand, to collect her little girl. But she’s greeted by shocking news. Clara is no longer there. Six years ago, on the day after Bess dropped her off, she was collected by a woman – a woman who, according to the ledger, gave Bess’s own name and address. What can have happened? Who would have impersonated Bess to steal her daughter? And can she still manage to find Clara, after all these years?

The setting of Bess’s world is familiar from books like Slammerkin and Ace, King, Knave. We may not be in the very worst ‘rookeries’ of St Giles here, but we’re certainly in a quarter of Georgian London where you’d be well-advised to keep a hand on your purse. Halls conjures up a warren of narrow streets and dingy courts, full of prying eyes and tale-tellers, in which even the last shreds of dignity are hard to maintain. Bess’s father Abe works down at the docks; she herself is a shrimp-seller. Her daughter’s father, Daniel, was a mistake: a charming gentleman, socially far out of Bess’s reach, whom she only met twice. His one memento – besides Clara – was half a whalebone heart, carved with their initials. It’s this that Bess leaves with Clara at the Foundling Hospital.

Little does Bess know it, but her story runs on a parallel path to that of another woman, who lives a scant mile or two away, in genteel Bloomsbury. The widowed Alexandra only leaves the house once a week, at the behest of her friend Dr Mead, to attend the chapel of the Foundling Museum with her daughter Charlotte in tow. Otherwise, she remains at home, trapped by anxiety and fearful memories. It’s much safer to shut the world out than risk losing anyone else. If only she didn’t feel increasingly troubled by her inability to give Charlotte what she seems to need! It was much easier when the child was small, but now she’s six years old and becoming ever more demanding. Alexandra doesn’t have the energy to deal with her and so Dr Mead, ever solicitous, suggests that she employs a nursemaid. Not only will this help Alexandra, but it will be an act of charity: he has met a young woman, fallen on hard times, who would be perfect for the role. Always fearful of the outside world, Alexandra is hard to convince but, once she agrees to a meeting with Eliza, Dr Mead’s protégé, she’s surprised to see how swiftly Charlotte takes to the newcomer. For her own part, Eliza – or Bess, for it is she – is thrilled to meet this isolated, lonely child, who she believes to be her long-lost Clara.

I was attracted by the premise of the novel, as the Foundling Museum interests me for a number of reasons, not least its connection with Handel. It’s not far from where I work, and they often hold fascinating little exhibitions which reveal its history as an orphanage. One exhibition which I particularly enjoyed, several years ago now, focused on the older Dr Mead, grandfather of Alexandra’s friend, so I was very pleased to see him make a cameo appearance in the novel. And, when you visit the Foundling Museum today, with its gorgeous rooms (where I once attended an acquaintance’s terrifyingly glamorous 21st birthday party), you can well understand how a young woman like Bess would have been overawed and intimidated. Halls shows us the harsh realities of trying to get your child into the Hospital: admission wasn’t guaranteed, and you had to rely on picking a white (certain) or red (reserve list) ball from a bag that also included black balls (no admission). The humiliation of this experience, closely watched by wealthy benefactors of the institution, is powerfully conveyed here, and Halls is very good at the social and moral tensions inherent in such an arrangement. Unfortunately we don’t really get to see what life inside the Hospital is like, as Clara’s time there is all too brief.

While the descriptions are evocative, and the central theme tragic, I didn’t feel the book was entirely successful. There seemed to be too much implausibility (or am I just being harsh?). The Foundling Hospital, for example, prided itself on its organisation: hence the numbers that were given to children when they were admitted, and the tokens that mothers could leave as ways to identify themselves in the future. Can we believe that its administrators would have released a newborn baby, only a day after her arrival, to a woman who clearly wasn’t the same person as the one who’d dropped her off – and, moreover, was someone familiar to those in charge? I found it hard to credit. And I found the end of the novel even harder to accept. Surely this is a triumph of aspiration over plausibility? Would such an arrangement really have been made in Georgian London? And, given the loss and heartbreak that are central to Halls’s story, can we really believe that these emotions are neatly resolved with a flash of eleventh-hour enlightenment?

Don’t get me wrong: this is a solid story, elegantly written and full of period colour with well-rounded, vivid characters. Many reviewers have loved it (just look at the comments on Amazon!), and it’s definitely highly readable. Helen, whose opinion I rate highly, liked it enormously. I just found it a little too hard to suspend my disbelief, which probably says more about my cynical worldview than it does about the novel itself. For all that, I am keen to read Halls’s other book, The Familiars, which has garnered equally warm reviews.