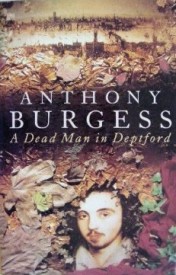 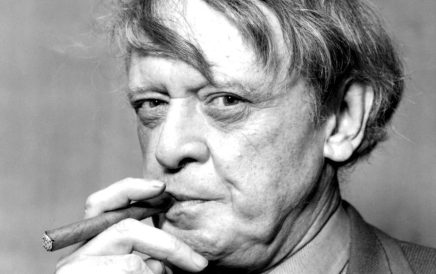 Serendipity was in action when I decided to move onto this after Death of the Fox. Although Christopher Marlowe is the protagonist here, and events take place some thirty years earlier than Garrett’s story, A Dead Man in Deptford also features Raleigh as a prominent character (though morally more ambivalent). Both books are written in a dense, elaborate, semi-archaic style and both create a vivid impression of late Elizabethan England, although these impressions couldn’t be more different from each other.

While Death of the Fox has the air of a great pageant, A Dead Man in Deptford plunges you into a world where the language is studded with cant and cod-Latin, a rich, irreverent, bawdy, brilliant stew of a novel. If you don’t know what to expect then don’t be discouraged. A bewildering confection of words and references rapidly resolves itself into a very good story and, because this is a short book, the plot absolutely barrels along. It’s always great to read a novel which the author enjoyed writing, and Burgess clearly had a good time (he occasionally seems to be enjoying himself to almost indecent extremes).

The story opens with the young Kit Marlowe studying theology at Cambridge, by duty rather than choice. Bored by his studies and indifferent to the prospect of a life as a humble clergyman, Kit amuses himself by writing verses, undermining the devout convictions of his fellow students and indulging in the odd spot of fervent buggery out at Grantchester. By chance he meets Tom Watson, an agent of Francis Walsingham, who sees potential in this impious young man and urges him to come to London, to meet Sir Francis and to see what he can do for his country.

And so, Kit is soon signed up to ‘the Service’ and travels to France, in an effort to unearth information about the intentions of exiled English Catholics and to find intelligence about plots against the Queen. Along the way he becomes infatuated with Sir Francis’s handsome young cousin, Thomas Walsingham; and Kit’s first mission to the Continent has all the flavour of a debauched student jolly. At first it all seems like a game – and it is, really: a very dangerous game in which lives are at stake. The trouble begins when Kit comes to realise that the Service is not something which he can put on and take off as he pleases, to suit his studies and his dreams of writing for the stage. Like superstition and religion, it is merely another form of prison; and there is no way out, save one.

I found Burgess’s Kit very sympathetic, despite his character flaws (he’s no saint, and during the course of the book throws himself with gusto into a variety of street-fights and brawls). His philosophy, formed from his studies of the classical authors and Machiavelli, appears remarkably rational and enlightened in comparison to the prejudices of his age. The notions of the Catholic threat and the Protestant brotherhood mean little to him: he has grown up in Canterbury with its frequent unrest between native English and immigrant Huguenots. Despite his brawling temper, he has no love for executions, in which Catholic blood looks much the same as any other kind.

His tragedy is that he is plucked out of Cambridge and recruited into espionage before he understands the implications of that – by the time he wants to cut himself loose, he is too deeply involved to be allowed to leave.  There is no place in England where he belongs: brilliant and intellectual, he is resented by his  less-educated fellow playwrights; and, as a stage scribbler and the son of a shoemaker, he is equally out of place in more educated circles – such as that overseen by Raleigh at Durham House – who welcome him while he is useful, but who see him as the most easily disposable member of their circle. His vices have an equally modern flavour: his open defence of his sexuality; his alcoholism; his growing addiction to the drug tobacco, satisfied only by further supplies from Raleigh’s carefully-regulated hoard.

This is Elizabethan London with all the spangled elegance removed. It’s dirty, boisterous and crowded (the perfect literary accompaniment to the present British Museum Shakespeare exhibition). The playhouses butt up against the bear-pits and brothels; anyone may turn informer for a fee or to settle a grudge; private squabbles erupt into public violence; and the masses thirst for blood, whether it’s pig’s blood on the stage or the real thing.  (On that note, the description of hanging, drawing and quartering in this book was the most unpleasant I’ve ever read.) Kit’s London is a small place: wherever he goes he is watched. A noose may be drawn tight without its victim even realising. In one sense, this claustrophobic world of double-dealing, double-bluffs and distant puppet-masters is a classic spy thriller, 16th-century style.

But it’s also a love poem to the English language in all its registers – written with such complete mastery that the extracts from verses and plays blend seamlessly into the rest. I’m astonished that there isn’t a film of it. Incidentally, I know I often say that such-and-such a book should be a film, but I hope you’ve realised by now that this isn’t because I’d rather watch a film than read a novel.  I just happen to read books in a very visual way, so I see all the action in cinematic form in my head.  Effectively I’ve therefore just sat through a film of this book and, trust me, it’s good. At the risk of sounding repetitive, can I say that I think Ben Whishaw would be absolutely perfect as Kit?

I came to the book without much knowledge of Marlowe or his work, which helped in some ways because the alarm bells didn’t go off when those responsible for his murder were introduced. It was all a surprise. On the other hand, I suspect that I’ve missed out on a lot of quotes and in-jokes (similarly, my lack of even cod-Latin made the sex scenes initially rather baffling, but I think I got the gist of it). I don’t understand the last couple of pages, with their hints about the ‘true author’ of the book, but to be honest that didn’t dampen my enthusiasm because they were a postscript to the true story.

Now I’m thoroughly inspired to seek out some more books and to get to grips with Marlowe’s own work. Unfortunately his plays don’t seem to be very well represented in Region 2 DVD format, so I shall have to hope that one of the London theatres decides to dust off their Marlowe at some point. In the meantime I can try to fill in the gaps in my historical knowledge. Charles Nicholl’s The Reckoning seems to be the best bet in that regard. Has anyone read it – or Burgess’s other Elizabethan novel, Nothing Like the Sun?