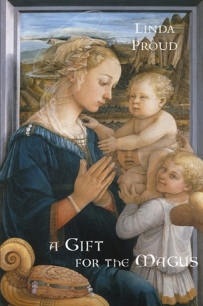 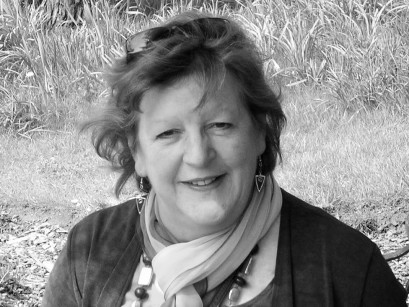 You may remember that a few months ago I spoke of my admiration for Linda Proud’s wonderful Botticelli Trilogy, which follows the circle of painters and philosophers who gathered around Lorenzo de’ Medici in Florence in the 1480s and 1490s. Her newly-published book, which can also be read as a standalone novel in its own right, forms a prequel to that trilogy. Looking back to the foundations of the intellectual and artistic world described in the Botticelli Trilogy, it moves between Florence and Prato over a span of some thirty years, from 1434-1469.

This is a period that, despite our modern fascination with the Renaissance, is not very well served by historical fiction; and that’s a shame because, as Proud’s book shows, these years were the crucible in which later Renaissance culture was formed. At this period, the artisan unrest and factional strife which were characteristic of the medieval Italian city-states were beginning to be replaced by the rule of elected councils or notable families.  Scholars were beginning to look to Greek texts as well as Latin authors to expand their understanding of ancient philosophy. And art itself began to break the rigidity of medieval representation and to explore new ways of showing emotion, movement and religious engagement.

The story opens in Padua, in 1434, with the meeting of two very different men. One, waiting to be recalled to Florence from exile, is Cosimo de’ Medici: a successful banker whose wealth has made him a powerful man. The other is Filippo Lippi, a womaniser, gambler and frequent tippler who also happens, by one of those quirks of Fortune, to be a Carmelite friar and a painter of supremely beautiful pictures. Both men are troubled by the irreconcilable strands in their natures: Cosimo is torn between the worldly pursuit of commercial success and the beauties of art, philosophy and spiritual enlightenment, which bring him peace. Filippo craves the spiritual detachment of contemporaries such as Fra Angelico, and yet enjoys the pleasures of the world far too much to resist them. After Cosimo returns to Florence and becomes the unofficial capo of the city, their relationship develops into one of mutual respect and mutual exasperation – not friendship, exactly, but a meeting of two complementary minds, each of which perceives in the other something that brings it towards completion.

At the heart of the book is Leon Battista Alberti’s maxim that ‘To be a good painter you must be a good man.’ Of course, the key question arising from that statement is: What is goodness? Does it mean abiding by the rules and customs imposed by men – following secular and religious laws? Is it about humanity and kindness to fellow men? Or is a ‘good’ man one who recognises what God has marked him out to be and does his best to develop that natural talent? The following argument is proposed by Monna Lucrezia, wife of Cosimo’s son Piero:

Goodness comes from the heart, not from the mind, it has no forethought and no afterthought: it is a simple action done for the sake of another. Goodness is not rightness, it knows and needs no law, it does not follow custom and it pays no heed to what the neighbours say. There is only one witness of the Good and that is God.

By these standards, Filippo Lippi probably would be judged a good man; and indeed, the book’s title refers to just such an action undertaken for the sake of another: a gift, born from his artistic skill, which he hopes will soothe Cosimo’s troubled soul. By any other standards, of course, he’s a complete reprobate. This book is much lighter-hearted than the Botticelli Trilogy and much of that humour comes from Filippo’s inability to reconcile his bodily urges and his monastic vows. Sometimes the scenarios reminded me of the kind of stories you read about monks and nuns in Boccaccio – and I suspect that was deliberate. If people know only one thing about Filippo Lippi, after all, it’s that he was a monk who ran off with a nun and had a child with her.

Proud makes the romance more balanced and more touching than many history books would have it; her Lucrezia Buti, given a plausibly unfortunate backstory, has no greater vocation than Filippo himself and is as much wooer as wooed. Her departure from the convent is driven by her own desire for freedom – from the tyrannies of the abbess, from the small-mindedness of monastic life and from the enforced celibacy that torments her – just as much as it is driven by Filippo’s corresponding desire for her. For me, the balance of their relationship worked extremely well.

While Filippo wrestles with concupiscence, Cosimo de’ Medici strives to harmonise his Christian faith with his belief in the transcendental power of Platonic philosophy. At the Council of the Churches in 1436 he makes a promise to the Greek philosopher Plethon that he will found a new Platonic Academy in Florence – a vow that gains extra importance in the wake of the fall of Constaninople to the Turks. He employs a promising young scholar, Marsilio Ficino, to begin translating the works of Plato and his followers (a task on which Ficino is still labouring in the Botticelli Trilogy), studies sacred geometry and identifies ever more strongly with the Magi: the scholars and wise men who have formed a link between the days of Plato and Cosimo’s present. Many of Cosimo’s beliefs find their way into the new art which he commissions from the painters of the day: most notably the paintings for his private family chapel, in which Benozzo Gozzoli frescoes the walls with The Journey of the Magi and Filippo Lippi provides a meditative altarpiece of The Adoration of the Child. Throughout the book there are visual hints – processions, riders, fabulous costumes – which kept reminding me of Gozzoli’s work (a particular personal favourite).

In this story, much more than in the Botticelli Trilogy, there is a constant interplay between painting and philosophy, art and image, and I would certainly recommend having images of Filippo’s works to hand as you read.  To provide the link between A Gift for the Magus and the Botticelli Trilogy, we meet Filippo’s gifted and long-suffering apprentice, Alessandro dei Filipepi, whose affection for his erratic master is coupled with a deep fascination with the new philosophies being discussed in Cosimo’s circles.

As ever, the writing style is simple and very readable, which initially conceals the complexity of the philosophy to which it introduces us. It did feel slightly odd to come to this from A Dead Man in Deptford, and perhaps it’s no surprise that I found myself thinking of the stylistic contrasts in artistic terms. If books were paintings, then Burgess’s Elizabethan romp, with its dark underbelly, dense language and argumentative hero would have to be a Caravaggio; A Gift for the Magus, on the other hand, is appropriately very much like a Fra Angelico or Filippo Lippi: gentle, harmonious and peaceful, its narrative underpinned with spiritual conviction. For me, the Botticelli Trilogy still holds the crown, but A Gift for the Magus is an enjoyable, warm and good-natured book, in which a deep understanding of Neo-Platonic philosophy throws an intriguing new light on some familiar pictures.