The House of Niccolò: Book 8 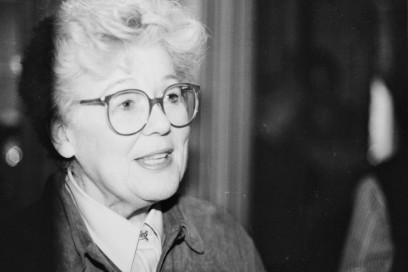 The House of Niccolò: Book VIII

And so it ends, after weeks lost in this rich, beguiling other-world: it ends with sun, and an orchard near Sevigny, and a teasing glimpse of another Francis Crawford. I stayed up until midnight last night to finish this: there was no way, at this stage, that I could go to bed with only a hundred-odd pages to go.

As the book opens, Nicholas returns to Scotland: this time, as a gentle spirit. He quietly repairs the damage which he did on his previous visit, reestablishes friendships with his fellow merchants and the Court, and plans the final steps to remove those who threaten the security of his loved ones. His efforts reach their climax in the shadow of the tumultuous disintegration of medieval Europe. Despite having studied this period at university, I’d never understood how desperately precarious the situation must have felt to those living at the time. It has taken Dorothy Dunnett to bring that home to me. As the novel draws to its close in 1482/3, all the world’s certainties have been undermined: once-mighty Burgundy, with which Nicholas associated his Bank, is in its death-throes; the cunning Louis XI of France is on his deathbed; Edward IV of England is sickening fast, while his brother Richard of Gloucester strengthens his hand on the Borders; and the Scottish throne is threatened by the increasing enmity between James III and his ambitious brother the Duke of Albany.

Politics – and the politics of Scotland in particular – play a major role throughout the story as Nicholas is buffeted hither and thither by the demands of James and Albany, doing his best to preserve the country which he has adopted as his own. As counsellor, negotiator and trader, he steps into the lacunae left by the historical record, acting as the shuttle which weaves all the threads of this series together. For a moment, I want to focus particularly on this aspect of Dunnett’s writing: on her virtuoso blending of fact and fiction (spoilers will follow). The fates of John of Mar and Anselm Adorne, for example, feel so natural as part of the plot that it comes as a bit of a shock to discover that both are fundamentally historically accurate. I’m still coming to terms with the fact that Adorne himself actually lived. While reading the series, I hadn’t dared look up any of the historical figures on Wikipedia lest I inadvertently ruin the plot for myself.

With my patchy knowledge of Scottish history, I had no idea what was going to happen next and so was swept breathlessly along on Albany’s rebellion and on the uncertain outcome of Adorne’s and Nicholas’s peace mission. I simply couldn’t tell what Dunnett had created and what was real; in retrospect, I suspect that much more than I anticipated is based on fact. I’ve said this before, but I hope you’ll allow me to say it again: having read fourteen Dunnett books in six months, I am convinced that this is epic historical fiction at its best. It provides fictional characters with a real context, but it also  humanises historical fact. It shows off the potential of the genre as something that can enrich and complement history rather than, as some critics would have it, being a soft option for those who can’t be bothered to read history itself. By God, it’s set a high benchmark.

However, what I was really itching to know all along was what was going to happen to Nicholas. As the family links of the St Pols and de Fleurys multiplied throughout Gemini with dizzying speed, I found myself wishing I’d bothered to draw a family tree as I went along (I hadn’t dared look at the one in the front of the book in case it gave something away). To my surprise, the question of his parentage was never really, fully settled – save to tell us what Nicholas himself believes in his heart to be true. We were left with mere probability in the place of certainty. This was a brave move on Dunnett’s part, but it perfectly fits the characters’ own motivations: Nicholas has become mature enough that he no longer needs to cling to the St Pols and further investigation risks shattering the family he has come to love. After all, if Nicholas were accepted as a legitimate St Pol, that would render his own son illegitimate (a legal problem which Jordan de Ribérac’s deathbed legacy tidily resolves). But Nicholas isn’t the only one interested in his past; and that leads to the revelation which is the most shocking of the novel (major spoiler alert) – which occurred to me with the first hints about Elizabeth’s child, but which I couldn’t bring myself to believe until the proof was in front of me.

Julius. No doubt, when I was trying to explain my confusion over the Nicholas/Julius episode in Caprice and Rondo, many of you were stifling knowing smiles. Nicholas did mean to keep Julius behind, not because he feared that Adelina would harm Julius, but because he feared that Julius would harm him. As a twist, it was pretty major and I found myself casting my mind back (having dismissed Julius, for most of the series, as a benign and not particularly bright peacock), suddenly understanding why a young lawyer would bother to follow a boy to Bruges from Geneva; and understanding Julius’s insistence that he should join Nicholas in Scotland. In a way, I’d been right when I’d assumed he just wanted to come and enjoy Nicholas’s success, helping him to spend his money; I just hadn’t realised quite what that would entail. If this revelation was planned from the very beginning, I can only imagine how many subtle clues I missed; when I eventually go back to read the series again, I’ll find myself tracing a completely different story through the various instalments. As for my other, many, incorrect guesses… Although I could be forgiven for having picked up on Jodi and Margaret as a perfect match, that sadly never came to pass. Rankin’s significance, on the other hand, went right under my radar, partly because I didn’t cotton on to the name as a diminutive and partly because Henry and Simon looked so similar to Lymond that I was fully expecting the Crawford connection to have something to do with them (an expectation that was obviously thwarted after their plunge into the river).

I don’t feel as emotionally drained as I did on finishing Checkmate: indeed, throughout the House of Niccolò my engagement with the plot and the characters has been more intellectual than emotional. I’ve found Nicholas challenging and interesting as a character but I haven’t hung on every stage of his personal development quite as anxiously as I did on Lymond’s. In some ways, I think that’s because I never really believed that Nicholas could be hurt, unlike Lymond; he was always too far ahead of the game, with too many contingency plans laid. He didn’t need me to worry about him: if he was ever in a truly dire situation, I could rely on the fact that Ludovico da Bologna (astonishingly, a real person) was probably somewhere nearby ready to renew his erratic and unwelcome pastorship. Of course I want to hear what other people feel about the contrast between Nicholas and Lymond, not merely in the sense of which is more attractive as a character, but also their motivations and how they develop through the course of the series. I also look forward to hearing more about how Dorothy Dunnett crafted her novels: how far was the labyrinthine plot worked out from the beginning, for example? Of the many twists, turns and revelations, were they always intended to be part of the plot or did they arise as she spotted opportunities to introduce them?

As for the epilogue… I understand that it divides people. It divided me (it really did; I’m not just being diplomatic). On one hand I didn’t think it was necessary: I often feel that epilogues are unnecessary and here the characters seemed to be performing solely for the reader’s benefit, neatly explaining who everyone was. On the other hand, it was interesting to have firm answers about exactly how Nicholas and Lymond were related; whether we needed those answers is another question. (On that subject, I could have done without Nicholas’s ‘flash-forward’ visions, which veered back into the supernatural. Is the phrase ‘Say good night to the dark‘, which startled me so much in To Lie with Lions, supposed to be one of these foreshadowings?) In short, the epilogue reminded me a little – don’t laugh – of the drawn-out ending of the film version of The Return of the King. It didn’t need to be there. The story might have concluded more elegantly without it. It felt a bit limp. But, as I had grown fond of these characters, it was no hardship to spend a bit more time in their presence.

Speaking of which, I would pay good money to read an an historical spin-off in which Kathi Sersanders and Philippa Somerville join forces and rampage gleefully across the Renaissance world. Anyone game?

Last in this series: Caprice and Rondo