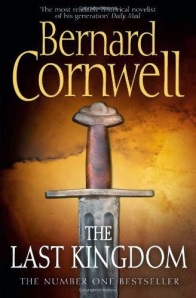 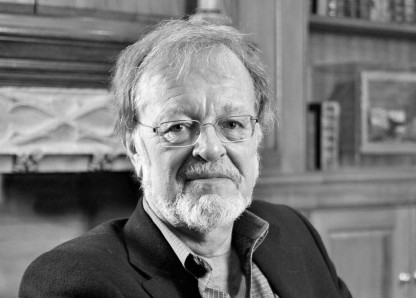 The Saxon Stories: Book I

On a rather fortuitous trip to the library yesterday, I happened to see this book: the first in a series set in 9th-century Britain, at a time when the struggle between the Saxons and the Danes was at its fiercest. I haven’t read much Bernard Cornwell, despite his enormous popularity – in fact, I think Azincourt is the only book of his that I’ve read, and I can’t remember much about that. However, in the wake of King Hereafter, I thought I’d give this a go. It turned out to be a highly enjoyable read: light, full of action and (though very different from Dunnett) an interesting complement to Thorfinn’s story.

Taking place two hundred years before King Hereafter, The Last Kingdom shows us an even more unfamiliar picture of Britain, which is divided up into separate kingdoms: the four realms of Northumbria, Mercia, East Anglia and Wessex, governed by the Saxons, with the native Britons pushed into the outlying regions of Wales and Cornwall. The northern part of the island features very little and, thanks to Dunnett, I was able to indulge my pedantry every time Cornwell referred to it as Scotland (‘Alba!’ I insisted, every time. ‘It’s called Alba!’).

The son of a Northumbrian ealdorman, Uhtred grows up in the shadow of the Danes at his family’s fortress of Bebbanburg (Bamburgh Castle). In 866, at ten years old, he watches the longships come again, but this time they are not here simply to raid: instead, they plan to settle and their eye has fallen on the town of Eoferwic (York). In the struggle to wrest back Eoferwic from the invaders, Uhtred’s father and older brother are killed and he himself is taken prisoner by the Danes’ forceful, charismatic leader, Ragnar. From that moment on, Uhtred finds that he has a foot in both worlds: while he grows to love Ragnar, who treats him as a son, he finds that other members of the Danish community resent his ascendancy; and, although he burns with love of his native land, he soon learns that no one will fight to win him back. On the contrary, Uhtred’s capture simply provides an opportunity for his uncle to fulfil his own dreams of taking Bebbanburg for himself. As the years pass, Uhtred becomes more Dane than Saxon, learning to build and care for ships, to sail, and to fight with axe and sword and shield.

Ships on the winter Temes. Ships sliding past brittle reeds and leafless willows and bare alders. Wet oar blades shining in the pale sunlight. The prows of our ships bore their beasts to quell the spirits of the land we invaded, and it was good land with rich fields, though all were deserted.

As the Danish army tightens its grip on Britain, crushing first Northumbria and then Mercia and then East Anglia, Uhtred finds himself being drawn closer and closer to the destiny that the Fates – ‘the three spinners’ – have woven for him. That destiny takes him to the last remaining Saxon kingdom of Wessex and its sickly, pious and clever king, Alfred.

Despite his circumstances, Uhtred is not particularly introspective or tormented by his fate. On the contrary, he sets out to take charge of his destiny as best he can and, although that often involves lying, hedging his bets and occasionally changing sides when circumstances require it, he never loses the humour and the swagger which make him a rather engaging narrator. The very thing which made me warm to Uhtred, as a historical character, is that his attitude to life feels authentic for the period, rather than being adjusted to make it more palatable for the modern sensibility. He’s pugnacious, irreverent, bloodthirsty and fiercely proud of his skills as a warrior (pride, he tells us at one point, is ‘the shield wall around a man’s reputation’).

That brings me neatly onto the subject of battles, of which there are examples here to suit all tastes: sieges, sea battles and clashes of armies on the field at dawn. Cornwell obviously has a great deal of experience writing battle-scenes, thanks to the Sharpe novels, and he conveys the thrilling and gruesome reality of these skirmishes, giving them a page-turning momentum. The tactical manoeuvre which looms largest is the aforementioned shield wall, which for Uhtred and his peers is the true test of a man’s mettle, fighting your enemy face to face, in a long line with your shield interlocked with those of your neighbours (a development of the testudo , I suppose?).

For me, with King Hereafter fresh in my mind, I felt that perhaps Cornwell wasn’t quite so good at suggesting the darker side of war: the weariness, the horror and the relentless struggle – but I can appreciate that The Last Kingdom is, first and foremost, an adventure novel. The genre demands pace and panache, and there’s plenty of that here. I don’t know whether Cornwell has ever read King Hereafter, but he has come up with some wonderfully complementary scenes. We learn again about the power of the longships’ figureheads, which strike fear into the gods of the land they look upon; and here too we see a hall-burning, that most effective and underhand way to dispose of an enemy. The moment where Thorfinn cast the greatest shadow, however, was at a very early point in the book, when the young Uhtred and his father are watching the Danish longships from the fortifications at Bebbanburg:

The nearest ship had twin banks of twelve oars each and, as the ship coasted a hundred paces offshore, a man leaped from the ship’s side and ran down the nearer bank of oars, stepping from one shaft to the next like a dancer, and he did it wearing a mail shirt and holding a sword. We all prayed he would fall, but of course he did not. He had long fair hair, very long, and when he had pranced the full length of the oar bank he turned and ran the shafts again.

How I would love to see an oar-race between Ragnar and Thorfinn! King Hereafter wasn’t the only book to come to mind, however: the events that inspired Cornwell’s novel also form the historical basis for The Last Light of the Sun. It was with a thrill of recognition that I recognised some of the names, most notably that of Ivar the Boneless, and Cornwell’s passing reference to blood-eagling sent a shiver down my spine.

I’m always interested to see what other people think of a book, after I’ve finished it, and a quick visit to LibraryThing’s reviews of The Last Kingdom threw up quite a range of opinion. It struck me as quite odd that some reviewers criticised the book for including too many battle scenes. Personally, I’m not sure what else one would expect from a book set in this time period, and for my part I very much enjoyed them. For me, the novel’s key weakness was not in its story or characterisation so much as in its style. Cornwell is, of course, a very different kind of writer from Dunnett and his books offer a quick fix of vivid adventure without too much substructure of psychology or soul-searching. But, coming immediately after King Hereafter – written by a supremely elegant stylist – it feels slightly ‘dashed off’. In itself, there’s no problem with that, because it adds to the spontaneity of the storytelling; but it does feel as though we’re skimming along on the surface rather than getting our teeth into the hearts and souls of the characters.

And there were a few stylistic quirks that began to set my teeth on edge. Chief among these was the use of the word ‘hump’ as a euphemism for sex. Yes, this is a silly thing to take exception to; but it struck me as a rather schoolboyish form of slang and I winced every time grown men used it when talking to one another (surely battle-hardened Danish warriors would be more likely to call a spade a spade?). I gave it the benefit of the doubt and looked it up in the dictionary, in case it turned out to be an unexpectedly ancient turn of phrase, but it doesn’t seem to be in use much before the 17th century. (I don’t have access to the OED, so do tell me if I’m wrong, because that would be fascinating from a linguistic point of view.) I just felt that there were other, more fitting words that could have been used. Off the top of my head I can think of several excellent alternatives, a couple of which are authentically Anglo-Saxon.

This is nit-picking, however. The Last Kingdom is not the kind of book that will engrave itself on your soul, but it is a very sprightly and enjoyable read, perfect for a summer’s afternoon in the park or on the beach (if the rain ever stops). I’m keen to get my hands on the sequel, The Pale Horseman, and to find out what happens to Uhtred next.