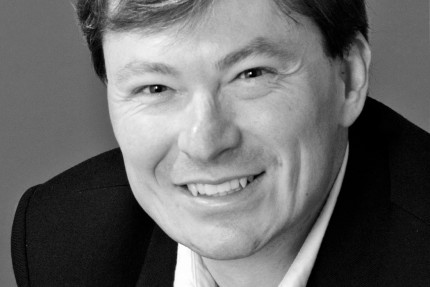 One of my forthcoming scheduled reviews questions the current trend for historians to write historical fiction. It’s become something of a fashion but it doesn’t always work: good historians may tell stories with novelistic flair, and good historical fiction writers have to get their facts right, but the two genres do demand a different skill-set. Not everyone can make the transition from one to the other. So I was amused to see that Adrian Goldsworthy, the celebrated historian of the Roman Empire, has decided to try his hand at a novel. Naturally, I couldn’t resist; and I’m pleased to report that Goldsworthy is one of the rare breed who can make the leap. Focusing on the men based at the forts along the northernmost frontier of Roman Britain, he tells a story full of battles, diplomacy and honour, with a very enjoyable ‘odd couple’ pairing at its heart.

It’s 98 AD and Britannia slumbers in apparent peace. It’s been almost forty years since the great uprising of the Eceni queen Boudica, and the Roman garrisons have settled into a cautious modus vivendi with their British neighbours. Up in the north, at the tiny fort of Syracuse, the centurion Flavius Ferox has allowed himself to sink into the blessed oblivion of drink in the hope of escaping his past. British by birth – and Prince of the Silures (who lived in present-day South Wales) – Ferox has long since bought in to the Roman way of life, and takes his oaths of loyalty seriously. When sober, he serves as liaison with the local tribes, giving judgements and resolving disputes. But, one morning, his scout-leader Vindex (of the Brigantes) arrives at the fort with news of a murderous skirmish. Despite his hangover, Ferox forces himself out with the scouts to track down the malefactors, but discovers that this is more than a simple cattle raid.

Things are definitely afoot. Their scouting party disturbs an ambush, and the Roman woman they rescue from a band of tribesman proves to be none other than the wife of Vindolanda’s prefect. (The lovely Sulpicia Lepidina troubles Ferox’s peace in more ways than one.) On the same day, a Roman tower garrison is slaughtered. Crisis meetings are immediately called for the commanders of the northern garrisons. These are unsettled times throughout the Roman world, as certain factions plot against the new Emperor Trajan, a Spanish nobody. As all eyes fix on Rome, Ferox realises that no one has much time to spare for alarmist reports from northern Britannia. The tribes are evidently uneasy, but why now? What do they want? And what of the rumours that a great druid has returned, bringing his powerful acolyte, known as the Stallion? Something is rising in the dark north and, as one of the few who can communicate with the tribes, Ferox is dragged deeper and deeper into a dangerous game. To make matters worse, there is a traitor in their midst, feeding information to the tribes. Since no one else is going to be able to find out what’s going on, it’s down to him.

Well, him and Vindex. The greatest joy of the book was the relationship between these two: Vindex’s cheerful nonchalance set off by Ferox’s half-feigned grumpiness. Their exchanges are pitch-perfect for two old friends, although Ferox would dispute that description of them (‘We are not friends … I just haven’t got around to killing you yet’). And the characterisation is lovely. As the Roman citizen, the centurion, the responsible one, Ferox constantly labours under complicated feelings of duty and obligation while, as a native auxiliary, Vindex is quite happy to just go along with him, fight lots of people, have a drink and find accommodating girls somewhere along the line. My one complaint is that Goldsworthy has adopted Bernard Cornwell’s pernicious use of the word ‘hump’ – a pet hate of mine. Damn it, gentlemen of the historical fiction world! If you are battle-hardened soldiers and you want to use a four-letter-word then for goodness sake, use one that doesn’t leave you sounding like a coy schoolboy! I also wasn’t convinced that the romantic subplot was strictly necessary, but that’s a small thing.

Obviously Goldsworthy knows this period like the back of his hand, and it’s fascinating to read the author’s note at the end to find out more about how he created the novel from shreds of fact and fiction. Even tiny details turn out to have some basis in truth – Sulpicia Lepidina is mentioned in several of the Vindolanda tablets, while a child’s shoe worn down in an unusual pattern was the inspiration for Cerialis’ son who has a twisted spine. But the novel itself doesn’t feel loaded down with knowledge; on the contrary, it felt incredibly light and lively. Occasionally I thought the battle scenes went into slightly too much detail regarding which nationality such-and-such auxiliaries were, and what arms they carried, but if Homer and Herodotus can get away with it, I suppose we can let Goldsworthy off just this once. He’s especially interested in relations between the tribes and the Romans, and the need for careful diplomacy, which is where native officers like Ferox come into their own. As a final by-the-by, I was very interested to see scorpions making an appearance, shortly after I read about them in Devices and Desires. Turns out they’re portable bolt-shooters, rather like a large crossbow.

If you’re an established fan of the Ben Kane, Bernard Cornwell, Simon Scarrow or Conn Iggulden variety, then you should definitely seek this one out. Even better, it promises to be the first in a series, so there’s plenty more Romano-British goodness coming up. This makes me very happy, as I think Ferox can fill the Tullus-shaped hole in my reading life.