Let the London Handel Festival commence! Things got underway in suitably regal style at the Queen Elizabeth Hall, with a tale of divine seduction and boundless ambition that bore a moralistic coda: be careful what you wish for.

Nature to each allots his proper sphere, But that forsaken,
we like meteors err: Toss’d through the void, by some rude
shock we’re broke, And all our boasted fire is lost in smoke.

I’ll admit that my heart sank on entering the Hall to see wooden cladding similar to that at the Barbican, but the acoustics turned out to be far better, perhaps because the place is that much smaller and we were closer to the stage. However, the one drawback of this venue is that there are no surtitles. While the libretto was printed in the programme, not everyone wants to spend a further £5 to find out what’s going on. I do, of course, but having arrived in a rather distracted state of mind, I didn’t manage to get hold of a programme until the interval. That meant I spent the first half having to really concentrate on the words (it made me realise, guiltily, how much I normally rely on surtitles). Most of the cast’s diction was extremely clear, thank goodness, but that wasn’t true in every case and I was glad to finally get my hands on the text for Acts 2 and 3. 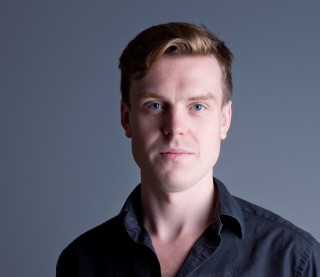 We begin with a wedding. That’s the plan, anyway. Semele, daughter of Cadmus of Thebes, is going to be married to Athamas, prince of Boeotia. It should be a happy day for her, but instead she’s plunged into misery: she has fallen in love with Jupiter and prays desperately to be excused from a life of mundane bliss with sweet but dull Athamas. Her sister Ino is just as downcast. She cherishes a hopeless passion for Athamas and dreads seeing him bestowed on her sister; but what can she do?

Everything seems designed to make the sisters unhappy… until it suddenly becomes clear that all is not well at the temple. The priests’ sacrifices have been accepted by Juno, goddess of marriage, but the rites are undermined by the distant roll of ominous thunder. The sacred flame flickers, dies and relights. All things point to discord between Jupiter and Juno, and the wedding party flees in terror.

When they reconvene, it turns out that Semele has vanished: a magnificent eagle has swooped down from heaven and carried her off. Athamas mourns; Ino dares, at last to hope. And Semele finds herself in a magnificent palace, waited on by ‘Loves and Zephyrs’ and with an infatuated god as her lover. She revels in her new delights, but unfortunately even Jupiter isn’t free to pursue his amours in peace. His jealous wife Juno all too quickly hears about her new mortal rival and indignantly prepares to strike. As Jupiter tries to divert Semele, Juno – with the help of her confidant Iris and the god of sleep Somnus – hatches a plan which will get this vain, foolish girl out of her way for good. 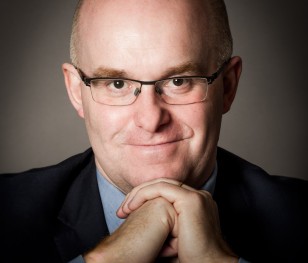 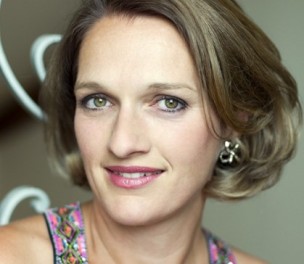 Musically I found Semele considerably more enjoyable than Hercules. Its stately overture gave way to splendid choruses, some with drums and trumpets, and playfully elaborate arias. It was, quite simply, fun. But what impressed me most was the way that (at the risk of sounding completely pretentious) Handel paints the scene with his music. Semele was designed to be sung as a concert rather than a staged opera, and the elaborate descriptions of settings in the libretto itself, along with the music, allow the imagination to conjure up what we aren’t actually being shown. There were several points where the music beautifully echoed the imagery in the texts. In the opening scene at Juno’s temple, as the priest announces that ‘The grateful odour swift ascends’, the strings echo the smoke coiling up through the air. Likewise, at the end of Act 1 when Semele is carried off by Jupiter, the eagle’s swooping, soaring flight is described by the strings. I think this is the first time I’ve noticed so literal a reflection of image in music. All credit to the lively London Handel Orchestra (and, for the rousing choruses, the London Handel Singers), under the baton of Laurence Cummings.

For me there were two standout singers in the cast: Anna Devin as Semele and Rupert Charlesworth in the dual role of Jupiter and Apollo. This Semele was coy and flirtatious, with very fixed ideas of her own deserts, and Devin played the preening for all it was worth, resplendent in a glittering blue evening dress. The most enthusiastically received aria of the evening was Myself I shall adore, in which silly Semele is tricked by Juno into believing that she already possesses the divine beauty of a goddess. This narcissistic masterpiece turned into a very impressive display of coloratura and ornamentation and, as Semele savours her own beauty in the mirror, some of her trills and phrases were ‘mirrored’ by the strings: another clever example of music emphasising content. 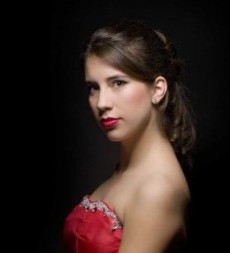 Charlesworth’s Jupiter was less of a bearded stentorian thunderer and more of a debonair romantic. In the virtuoso aria I must with speed amuse her, mighty Jove comes across as just another nervous man faced with an overly demanding beloved; while in the exquisite Where’er you walk he becomes a tender, dreamy lover. These two very different arias were both delivered with elegant poise and complete control. When Charlesworth paused towards the end of Where’er you walk, the entire audience was rapt: even the pernicious coughers and rustlers were silent. Yes: capable of both lively coloratura and blissfully romantic eloquence, this was a voice to be reckoned with. As in Hercules, the audience applauded very little after individual arias, but Devin and Charlesworth sparked the punters into life and spontaneous outbursts of acclamation.

I enjoyed the rest of the cast although none of them challenged the vocal dominance of the leading pair for me. To pick out just one, Louise Innes turned in a commanding performance as the jealous Juno. She added spice with her habit of breaking the fourth wall and sharing her immense displeasure with the audience, or throwing ‘told-you-so’ glances at her long-suffering husband sitting on the far side of the stage. I relished her acting more than anyone else’s. Although I now see that Ewa Gubanska (Ino) won last year’s Handel Singing Competition, I must confess I found her diction a little difficult to follow on occasion; and I didn’t gel with Robin Blaze’s (Athamas’s) voice quite as much as I’d expected to. Maybe it was something to do with the acoustics last night, or maybe I was just in a rather demanding mood, but his voice sounded rather thin.

When discussing the performance over a drink afterwards, Dehggial suggested that I was being overly harsh on him (so check out Opera innit? for a bit of love for Athamas). I do have a recording of Blaze singing Pur ti miro very beautifully, so perhaps it just wasn’t my night. Besides, Athamas isn’t the most exciting role: one’s purpose is simply to be the nice guy cast into the shade by the exciting prospect of a divine love affair. As Cadmus prepares to break the news of Semele’s abduction by Jupiter, Athamas frets that once again he’s going to be put off: ‘Can fate, or Semele, invent another, yet another punishment?’ Poor man. Athamas has obviously never been to an opera otherwise he’d know that he has two further acts to get through before he’ll discover whether or not he’ll get the girl of his dreams. (And I’m sorry Athamas but, as secondo uomo, your chances are slim.)

However, all things considered, I thought this was a strong start to the Handel Festival. Yes, I always have a preference for works that are staged works (even if they’re not meant to be!); but here there was wonderful music, a lively orchestra, a capable cast, and two voices in particular that I’ll be looking out for in the future. Perhaps I’d have enjoyed it even more if we’d had more intensely dramatic acting, like Alice Coote’s tour-de-force in last week’s Hercules, but here the cast were at least interacting and conveying the emotions of their characters, which isn’t always the case in a concert performance.

We’ve got a lot more coming up over the next few weeks: the next full-length extravaganza is going to be Handel’s pasticcio version of Catone in Utica, taking place next Tuesday. Shamelessly cobbled together from works by other composers, with arias snaffled from settings by Hasse, Porpora and my beloved Vinci, that promises to be a thrilling night.