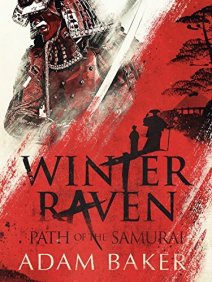 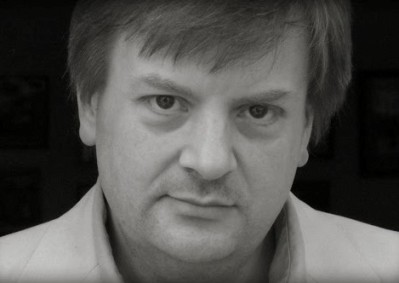 Path of the Samurai: Book I

When I began reading this book, my heart sank. The first couple of chapters were nothing but historical exposition, with no dialogue or attempts at characterisation. I feared it was going to be one of those lifeless, over-researched attempts at a novel, and prepared myself for a hard slog. But I plodded on nevertheless and, presently, the characters began to speak, and the story unrolled in front of me, painted with the spare, spartan beauty of a Japanese landscape on a scroll. Soon I realised that in fact, far from being a penance, this book was going to turn out to be my favourite kind of adventure story, full of dignity, honour and grey areas of morality, revolving around a central conflict between two equally brilliant and equally doomed men. I’m happy to say I got it wrong. This isn’t a slog at all but really a stonkingly good book.

We never learn the samurai’s name. It is 1532 and he and the girl, his nameless charge, have come to Kyoto intending to assassinate the Emperor and his cruel, calculating mother. But the attempt fails and the samurai finds himself condemned to the cells beneath the Imperial Palace, awaiting a prolonged and painful execution. Worse still, he has lost his sword arm to amputation after he was severely injured during his arrest. But he is offered an unexpected reprieve. In return for his life, and that of the girl, he must accept a contract from the very people he planned to kill: to head north to murder the ambitious general Motohide, who has just defeated his own brother to become daimyo of Etchū province.

In an effort to protect his ward, the samurai agrees and heads to a prison camp to choose companions for his mission. And then this ragged, wretched little band heads north, into the wilderness, towards Etchū and the Dragon’s Nest fortress, which Motohide has made his stronghold. But they are not alone. On their trail is the head of Motohide’s praetorian guard, the courageous Commander Raku, who will do anything to save his master from the assassin’s blade. Samurai and commander find themselves in a gripping game of cat and mouse, pitching their wits and blades against each other in the forests of the Japanese interior. They are two sides of the same coin: both formidable warriors, both honourable men according to their code, and both (by the end) living on borrowed time.

That’s what makes the book so unexpectedly human and poignant, despite its matter-of-fact style. We know from the very first pages that the samurai is dying. He is being eaten up from the inside by disease, in a final irony for a man who has always intended to go down fighting. His strength is ebbing by the day and yet he forces himself onward, because he has a job to do, a girl to protect and an oath to fulfil. And it doesn’t matter that we don’t know his name: on the contrary, to see him always referred to as ‘the samurai’ gives him a totemic, almost monumental quality. He’s a wonderful character: taciturn, brutal and yet caring, prepared to do anything to keep his ward from harm. There is so much that we never learn about his past, his reasons for wanting to kill the Emperor’s mother, or the circumstances in which he came across the girl, but that doesn’t matter either. This feels like a legend or a folk-tale: an intimate story on a grand scale, tragic and triumphant all at once. And Baker’s narration is remarkably effective because, by reading between the lines of the matter-of-fact description, you glimpse the lineaments of a world full of exploitation, injustice and danger, where villagers are slaughtered by bandits, generals wield the fates of thousands of men with no more thought than if they were chess pieces on a board, and any political success breeds envy and intrigue.

Read this if you like old-fashioned, stirring adventure, but be aware that there are some terribly brutal moments, albeit described in the same impersonal, laconic style as the rest of the book. I’m eager for the next book in the series. Where do we go from here? Presumably we will follow the remaining characters to the next stage of their story, and learn a little bit more about the codes and practice of warrior life. As for the villain of the piece… don’t quote me on this, but I have a feeling that we haven’t seen the last of Motohide’s shrewd and ruthless wife Asaji.