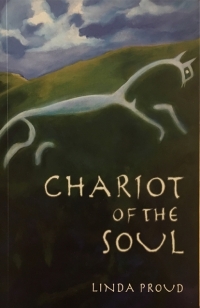 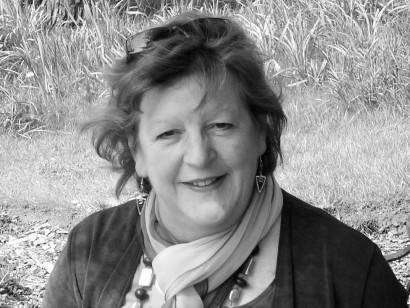 The end of September was an exciting but rather fraught period for me at work, so I didn’t get round to reading or writing anywhere near as much as I hoped. With the dawn of October, I could breathe a sigh of relief and lose myself in books once again, and the first one I turned to was a novel I’d been saving for a time when I could really appreciate it. Some of you will remember how much I enjoyed Linda Proud’s Botticelli Trilogy and her prequel A Gift for the Magus. I’ve been intrigued ever since I heard that her new book would take her into unfamiliar territory, in the mysterious and dark days of early Roman Britain. Now at last I’ve had the chance to curl up with Chariot of the Soul, and it was everything I’d hoped it would be: a sensitive, thoughtful book that looks at our small island and touches on very timely themes about identity, assimilation, compromise and confrontation with a great pan-European power.

Not, I hasten to add, that this is a coded allegory on Brexit. Proud is far too sophisticated to do such a thing. But it feels significant, and interesting, that she takes a different tack from most other writers on Roman Britain that I’ve encountered so far. The classic line is to emphasise the doughty resistance of the Brits against the invading Romans: something we see in books from Rosemary Sutcliff’s Eagle of the Ninth through to Manda Scott’s Boudica novels. But Proud tells a contrasting, equally important story: the tale of those Brits who chose to work with the Romans, seeing the value in being part of a wealthy trading network, valuing comfort and luxury and better ways of doing things, attracted by public baths and hypocausts and good, well-policed roads, and the chance to live without constantly dreading the next cattle raid or hall-burning. Of course, it’s never really a choice between one or the other, and Proud’s novel dwells frequently on the grey areas of doubt that attend any moment of great change. What are we losing? How do we take the chance of developing our quality of life, without forgetting who we really are?

Proud’s hero is Togidubnos, the son of Verica, king of the Atrebates. Consigned to the Romans as a hostage at the age of ten, Togidubnos leaves the world he knows behind him and is taken down to Rome, a place of strange customs and stranger gods. Here he lives with the lady Antonia, studies with her awkward but shrewd brother Claudius, and watches from afar as Caligula morphs from golden boy to terrifying tyrant. This Roman upbringing makes Togidubnos more of an outsider than he was before: half-Atrebas, half-druid on his mother’s side by birth; and now somehow wholly Romanised. Educated in Stoicism by Seneca and travelling in Greece with Vespasian, Togidubnos is exposed to a world that makes his homeland of Britain seem hopelessly, shamefully barbarous. But, try as he might, he is forced to return. An enigmatic prophecy at Delphi calls him home; he sees familiar symbols cropping up in new ways; and then his father, Verica, arrives in Rome demanding help from the new emperor Claudius against the upstart Caratacos. As a Briton with an unshakeable connection to Rome, Togidubnos is the perfect candidate to go ahead of the army, in the hope of convincing his fellow Britons to yield to the empire.

I’ve read another book about Togidubnos, not that long ago. Mark Patton’s An Accidental King calls him Cogidubnos and covers a larger timespan, though it failed to grab me. Proud’s novel succeeds where that one faltered because it takes a much broader view of the world and anchors Britain firmly within the network of the Roman diaspora (whether Britain wished to be there or not). The characters feel completely real and, just as I like it, never come down firmly on the side of either black or white: Togidubnos himself doubts his mission, his motives and his loyalties many times, as he assimilates back into his boyhood world. Proud also incorporates some of the more mystical elements of ancient British life, to an even greater extent than Manda Scott did in Boudica: we don’t only have druids, but also the ethereal Shee and the time-bending powers contained within sanctuaries and stone circles. Sometimes this kind of thing bothers me within novels, but it works here because it feels like a plausible extension of the landscape, its lines, ridges, barrows and ageless chalk figures cut in the hillsides. It conjures up the strangeness that’s buried only a little way under the surface of the British landscape and its mythology, and succeeds in feeling mystical rather than fantastical.

Although this is a new departure from Proud, it rings with confidence and authenticity and, excitingly, seems to be only the first part of a longer story. Dreamlike and pragmatic by turn, it’s one of the best books I’ve read by her, perhaps trumped only by the exquisite Pallas and the Centaur. While there is obviously much research here, it’s worn lightly: there’s a helpful map and list of place-names at the front, which I found myself flipping back to every time I came across a new name. In her historical note, Proud confesses that she has had to do a fair amount of imaginative reconstruction, but it’s difficult to tell the difference between history and fiction and I felt entirely comfortable in her hands. This forms a satisfying complement to the Boudica novels and, if anyone’s just finished Manda Scott and is wondering where to get their next ancient-history fix, I’d nudge them this way. Highly recommended for those who want a thought-provoking story about Britain’s history that prizes negotiation above violence, peace above war and philosophy above blood.

All in all, a compelling tale of Britain, Rome and one man’s quest to know himself.