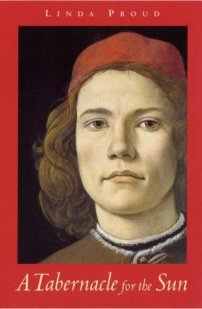 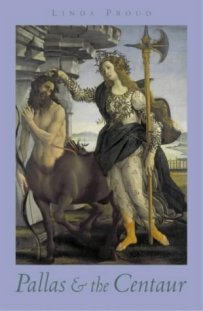 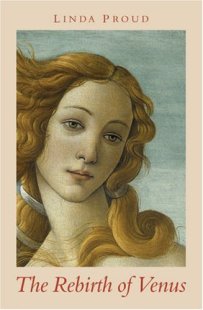 The three books in Linda Proud’s Botticelli Trilogy provide a powerful, moving and life-affirming insight into Renaissance Florence.  Essentially they are three instalments in the same book, so it makes no sense to speak of them individually: they need to be read and appreciated together.  Following the life and career of Tommaso de’ Maffei, the books begin with his boyhood and his journey to Florence, where he earns his living as a scribe.

It is the 1470s and Florence is ruled by Lorenzo de’ Medici and his beloved brother Giuliano. These are the golden days of giovinezza, the youth that all too quickly flies away. And indeed, no happiness lasts forever: the first book ends with the Pazzi conspiracy in 1478 and the devastating effects of this tragedy upon Lorenzo and his circle of friends.  The second book follows Tommaso’s marriage and his increasing involvement in the fledgling Platonic Academy, mingling with the esoteric philosopher Marsilio Ficino and the blunter, more down-to-earth Angelo Poliziano. Once again tragedy comes to blight Tommaso’s life; and in the third book, which covers the 1490s, darkness spreads across all of Florence.

Tommaso’s friends in the Platonic Academy find that the world is becoming less tolerant of heresies. The brilliant young Pico della Mirandola, who believes he has found a way to bring Christian philosophy into synthesis with Greek and Egyptian theories, finds himself accused of heresy by the Vatican. His friends in Florence huddle against the growing shadow cast by Savonarola’s ethos of renunciation and austerity. The second and third books are framed by Tommaso’s later exile in England, in 1505, where he tries to renew his faith in humanity, and to find what comfort he can in a like-minded circle of men including Erasmus and Thomas More.

This is historical fiction which revels in the life of the mind.  Reading Proud’s work, you come to understand the excitement and sense of possibility that these men felt, at a time when previously unknown classical works were being discovered, emerging from convent libraries and the previously closed Greek and Arab worlds.  Yet you also share their despair as it becomes clear that the Renaissance church isn’t ready to blend its beliefs with those of Plato.  Marsilio Ficino and his companions are hamstrung by the false dichotomy which the Church posits between the life of the mind and the life of the soul.  For the Platonic Academy, the soul can only be perfected through study, music and philosophy.  For Savonarola and his followers, salvation lies along only one road – renunciation and simplicity – and those who don’t follow this road are designated enemies.

Proud is a deft and sensitive writer.  I’ve said as much in the two reviews I’ve written for these books on Amazon.  She’s taken on a subject that has the potential to be incredibly dense, and she is extremely knowledgeable about Renaissance philosophy and esoteric or hermetic symbols.  In real life she is something of a Neoplatonist.  Yet her books are light and full of life.  Her main characters are the kind of people with whom I would love to spend an evening, in a warm Tuscan garden rich with the scent of pine.  Those who are most engaging, such as Tommaso, Angelo Poliziano and his sister Maria, struggle to reconcile the demands of the world with their philosophy.  In a world so dominated by men, Maria is feisty, humane and more than capable of holding her own in philosophical debate; she adds a welcome note of extra warmth to the story. I grew fondest of these three.  In some ways the second book is my favourite of the three precisely because it focuses so closely on the relationships between them.

Each book is loosely characterised by a Botticelli painting, which appears on the cover A Tabernacle for the Sun is represented by Botticelli’s gorgeous Portrait of a Young Man in the National Gallery, which has long been one of my favourite pictures, and which in Proud’s novel becomes a portrait of the young Tommaso.  Then comes Pallas and the Centaur, representing the subjugation of the brutish element of the soul by the orderly, divine element; and finally there is The Rebirth of Venus, which speaks for itself (and which contains a very interesting explanation of the Platonic iconography of the picture).  It’s a lovely way to marry ideas and images.

The three books have been self-published by Linda Proud and her husband David Smith, through Godstow Press.  It beggars belief that they had to print the books themselves, when you consider the tosh that does get published. I’d strongly recommend these to anyone who has a passion for Renaissance Florence. Moreover, I should add that in September Proud will be publishing (through Godstow) A Gift for the Magus, the first volume of what I hope will be another trilogy, set just before this one in the days of Cosimo de’ Medici.  Once again Botticelli promises to be a key character.  I have no doubt it’ll be wonderful. 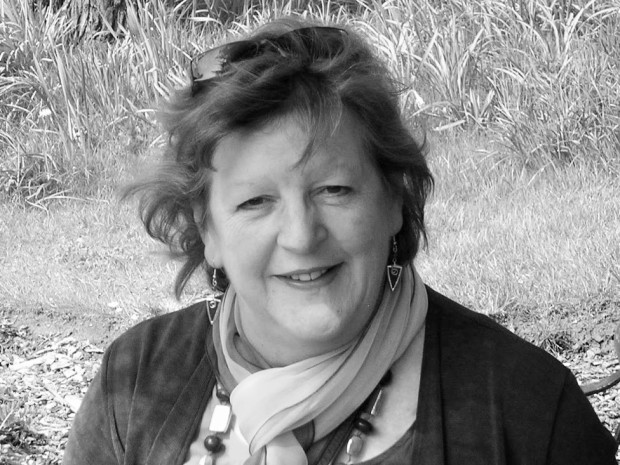