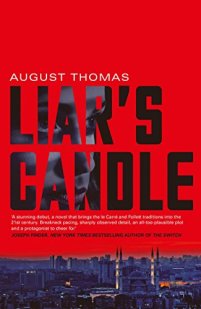 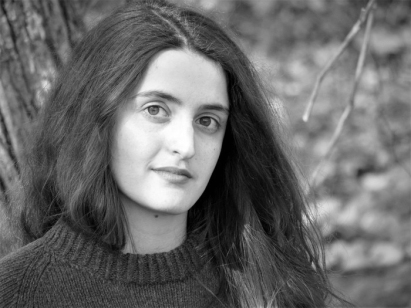 I said just a few days ago that thrillers aren’t really my comfort zone. So you can imagine I was rather amused when, after discussing The Binding, my book club decided to go for something completely different: this fast-paced CIA thriller set in Turkey. It’s a breathless modern tale of terrorism, murky ambitions, double-dealing and innocence maligned, and it’s certainly very readable: I got through it in a couple of days. But it is weakened considerably by its complete implausibility, which I shall detail with relish in just a moment. Let’s set the scene. Naive US intern Penny Kessler has been working at the American Embassy in Ankara, Turkey, for just three weeks when she wakes up in the Ankara state hospital with a piercing headache and vague memories of an explosion. She is one of the few survivors of a terrorist bomb that detonated at the American Embassy’s Fourth of July party, killing swathes of people. Penny has also become the poster girl for the tragedy, thanks to a photo of her, dazed and blood-drenched, pulling an American flag from the rubble. Suddenly everyone is very interested in her. But are they really just interested in her welfare? Or is there something more sinister going on? Before Penny knows it, she’s on the run – and there’s no one she can trust.

The facts are these. Penny’s sudden international fame makes her a useful pawn, and the Turkish government moves swiftly to offer her convalescence in the President’s own palace. Penny’s US bosses are alarmed. Is this some underhanded way to get evidence out of Penny? What evidence might that be? Her precise involvement in the tragedy is murky. She’s been badly injured, of course; but not fatally. And she helped to organise the party. She was the one who added to the guest list the name of a suspected terrorist, seen chatting with Embassy wonder-boy Zach Robson shortly before the bomb went off. Now Zach (who has also been going out on dates with Penny) is missing – either kidnapped or, more worryingly, implicated in the bomb. Where is Zach? What does Penny know? And is the Embassy bomb the work of Turkish government figures keen to unsettle American interests in the Middle East, or of terrorist extremists?

As Penny is whisked off in a private ambulance to the President’s luxurious mansion, she realises she’ll have to use all her wits to get out of this one. But as for how she goes about it… well, that’s impressive. So impressive, in fact, that the people who were mildly curious about Penny Kessler are suddenly very interested indeed. Poor Penny, who only wanted to get back to her nice quiet internship, finds herself on the run as a Person of Interest for both the CIA and the Turkish government. She is forced to team up with CIA agent Connor Beauregard, all-American boy, who is one of Penny’s hounds until he realises – with a most unpleasant shock – that things aren’t quite as clear as he thought. Together, these two brave young things set off on a madcap quest to rescue Zach Robson, solve the mystery of the Embassy bombings, prove Penny’s innocence, and save the world! (Well, not explicitly the latter, but you get my drift. This couldn’t be more American if it was a superhero movie. And quite frankly, my friends, you do find yourselves wondering whether little Penny isn’t actually a superhero in disguise, because we’re asked to believe that she’s capable of some pretty astonishing things.)

Obviously there will be spoilers in these paragraphs so, if you’re likely to read the book, I’d advise you to skip them. But, if you just fancy sharing my disbelief and enjoying the vastly implausible turns of events, do, please, carry on. First things first. The entire book takes place over the course of 18 hours. Less than two days. I beg you to remember that we first meet Penny Kessler at about 2pm, when she is sedated in bed in hospital, with a severe blow to the head, and hooked up to a drip for good measure. We asked to believe that within the next three hours, this girl comes round, gives a press conference from her bed, is taken away by the Turkish authorities, knocks out a Turkish henchman with a jug, leaps gymnastically between a series of death-defying balconies, slides down a garbage chute and escapes from the palace in the back of a rubbish truck. Within three hours. But even so! Penny is not meant to have been trained in hand-to-hand combat or to be a notable gymnast. To have accomplished all of the above, with a still serious head wound, plus (one imagines) extreme dehydration, is truly impressive. The American government demands great things from their interns.

But wait! We haven’t stopped there. For, within a further five hours, Penny has met up with Connor, escaped assassination, paid a quick visit to the university, conceived a daring plan, stolen someone else’s lost luggage and embarked on a journey to a town near the Syrian border on an all-night bus. And, within a mere 24 hours after that, we have such drama that it would beggar belief even for one in perfect health, extensively trained and supplied with a sizeable cache of supplies. I won’t go through every little detail, but suffice it to say that there are interviews with terrorists, imprisonment, magnificent escapes, thefts of helicopters, terrifying parachute jumps, wanderings in dark caves, surprise discoveries of tour groups, impressive blagging, dastardly revelations and a race against time to Reveal The Truth To The Eyes Of The World. By Jove! Sometimes it takes me 18 hours just to decide which book to read next. I’m slacking in my middle age. You get my point. You cannot take this remotely seriously. One minute Penny is bashing people over the head with jugs, the next she’s flying helicopters, or dreaming up plans to negotiate with terrorists – for which, somehow, she seems to be eminently qualified despite having started as an intern only three weeks previously. But perhaps that comes automatically along with having perfect command of Turkish, as we’re frequently reminded that Penny does? At any rate, should any world leaders need to tackle dealings with potentially hostile parties, I highly recommend having a 21-year-old American student intern along for the ride. Just in case. She might save the day.

This was truly, monumentally silly and yet the scene-setting itself is really quite good. Thomas knows whereof she speaks, because she studied in Turkey (and is American) and so there’s some good local flavour. It is also a highly feminist book. The heroine is smarter, quicker and more determined than anyone around her, and there is no love interest beyond the missing Zach. This is hugely refreshing. Furthermore, Goodreads informs me that this book was nominated for the 2019 Staunch Book Prize (‘The award for a thriller in which no woman is beaten, stalked, sexually exploited, raped or murdered‘). I can’t help but applaud the book for those merits, but it doesn’t change the fact that the lack of credibility is a problem. By the end, Penny could have sprouted wings or demonstrated the ability to build a Formula One motorcar from scratch using only a roll of sticky-back plastic and a few hairpins, and I’d have found myself shrugging. It was all so implausible that I would just have accepted it. Now, perhaps this is standard for CIA thrillers. Perhaps readers are conventionally asked to accept improbable things and characters who fall pretty starkly into hero / villain categories. (One book-group member made a convincing comparison with the TV show 24, in which forty impossible things happen before breakfast.) So it might just be a fact of the genre, with which I’m not familiar.

The book was fun, but I really don’t think I can stretch to three stars, considering that my rating criteria specifically mention ‘contrived’ under the two-star rule. I can suspend disbelief, of course, but to do so in this case would require hanging it off the pinnacle of the Empire State Building. For those who enjoy overblown political thrillers, though, it may still be worth packing for a long journey or the beach. Maybe not for holiday reading in Turkey though…