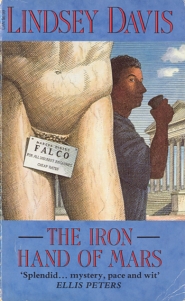 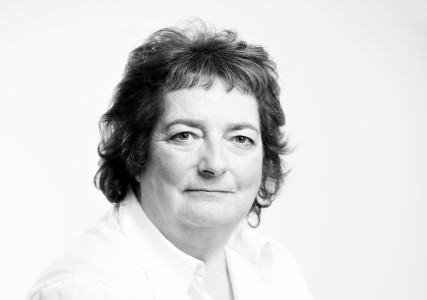 Falco is in trouble. His girlfriend Helena has gone off in a strop because he’s forgotten her birthday, and Vespasian’s son Titus Caesar has stepped up his pursuit of said senatorial lady. Now Falco can’t find Helena to apologise, and Vespasian has given him another of those special god-awful tasks that seem to be kept on one side especially to make Falco’s life more difficult. To make matters worse, this particular task isn’t in Rome, or even in Italy. No: Falco is to be sent north, into the dark forests of Germany, on the very edges of the civilised world, to nose into the disappearance of a legionary commander, with no one at his side except the overly perfumed imperial barber Xanthus, who has chosen an unfortunate time to play tourist. Falco’s journey will take him to the extremities of the Pax Romana, in a world still reeling from the slaughter of Varus’s legions in the Teutoberg Forest sixty years before, and from the Batavian uprising two years earlier.

There are many reasons why Falco would prefer to have stayed behind in Rome. The comfort, for one thing. No one wants to be out on the frontier, with barbarous Germans clamouring at the gates and picking you off the minute you go for a walk in the countryside. And no one really wants the hassle of getting to Germany in the first place: a long and tedious journey, only enlivened by the celebrated pottery workshops in Lugdunum (Lyon) (Falco’s mother has given him a shopping list) – and by an unexpected double murder. When he finally reaches the Roman army camp at Moguntiacum (Mainz), Falco must tread carefully, for the missing legate belongs to the Fourteenth: a legion known to be uncommonly touchy and arrogant and, unfortunately for Falco, a legion which happened to be serving in Britain during the Boudiccan Revolt, at the same time as his own Second Augusta. Having accidentally left the Fourteenth in the lurch during one particularly nasty battle, the Second are decidedly non grata in their eyes. And now Falco has to go forth on the Emperor’s business and try to deal with them.

It isn’t a promising situation. And, as Falco discovers as soon as he gets to Moguntiacum, there are further issues. Julius Civilis, former leader of the Batavian Revolt, is thought to be skulking somewhere in the fenland mists to the north, waiting to strike again. The missing legate turns out to have had not only an impressive portfolio of debts, but also a mistress who clearly knows more than she’s letting on. A taciturn peddler is trying to sell antique Roman arms and armour, of extremely suspicious provenance, which suggests that someone has located the battlefield in the Teutoberg Forest. And the local German tribes seem particularly fixated on the guidance of a bloodthirsty priestess, Veleda, who dispenses her commands from a remote tower. All in all, there’s more than enough to keep Falco busy for months; and, all that time, Titus Caesar is back in Rome trying to get his manicured little hands under Helena Justina’s stola. It’s enough to drive a man to distraction, but Falco soon discovers an unexpected ally: for here, in Moguntiacum of all places, he bumps into Camillus Justinus, Helena’s younger brother, taking his first steps in a military career and, like any young fool, eager to be involved in an adventure (the more dangerous the better).

Overall, I think I prefer to see Falco in Rome (or the Bay of Naples): Lindsey Davis’s recreation of the ancient city, in all its grit, grime and shabbiness, is a constant joy; and I’ve already spent quite a lot of time in Roman legionary camps with other authors, such as Adrian Goldsworthy, Ben Kane or Gillian Bradshaw. But the chief joy of Davis’s books is to see Falco himself in action: laconic, nonchalant, irreverent and (in his eyes at least) a confirmed lady-killer. Deprived of his usual context, and forced into the strict social hierarchies of an army camp, he seems to redouble his personality, becoming more than ever himself, as if to spite the scornful aristos who look down on Vespasian’s choice of factotum. And Falco certainly takes us into an interesting world this time, showing us life on a border which is still simmering from recent upheavals, and where the locals preserve an uneasy balance between their resident occupiers and the free tribes in the wild forests across the river. There are some poignant scenes here, dealing with the deep psychological scars that the Teutoberg disaster inflicted on the Roman army; but Davis never lets things get too sober for too long. Falco’s epic quest is enlivened by a band of rookie soldiers; a rogue dog; and even an aurochs… not to mention the unexpected arrival of a very familiar lady.

These are novels that will bear being read again and again, as I improve my knowledge of Roman history, because I have no doubt that there are plenty of in-jokes I’ve missed. Davis is one of the rare authors who is so entirely comfortable in her period that you simply accept the world she creates, knowing there won’t ever be a false note – in the same class, I would include Dorothy Dunnett (of course), Ellis Peters (the Cadfael books) and Hilary Mantel (the Wolf Hall novels). And it’s interesting to tie different novels together in some kind of chronology-through-fiction, seeing The Iron Hand of Mars as an unintended sequel to the Eagles at War novels, which recounted the events of the Teutoberg disaster as they happened. The Falco stories are always reliable, solid and entertaining, and if I haven’t yet raved about any of them, I think that’s my own fault for having come to them in moments of distraction, when I haven’t quite been able to give them the focus they deserve. I’m looking forward to continuing in due course with the next in the series, Poseidon’s Gold, and seeing how Falco and Helena Justina will fashion their next steps.