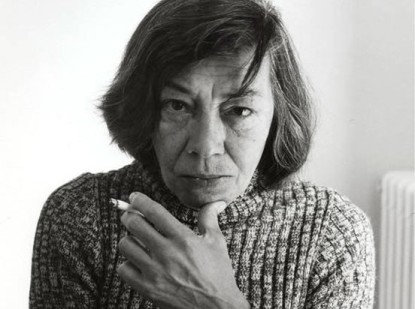 We are all familiar with the concept of the unreliable narrator in fiction. But how much greater is that unreliability, how much greater the pinch of salt or the necessary adjustment, when we read someone’s diary! Many of us will have kept diaries, in our teens if not for longer. Looking back on them provides us with an opportunity to reassess the self-delusions of someone who is no longer the same ‘us’ are we are now. To read old diaries is to engage in a constant process of negotiation with a past self. Diaries give us the chance to tell our own stories: to present the world as we know it, with ourselves as the central characters, and everyone else swirling around us in secondary roles. We are unreliable, not through intention or malice, but through simple solipsism. Edith, the protagonist of Patricia Highsmith’s novel, also keeps a diary. It was given to her as a gift when she was young and idealistic, starting out on a life that she felt sure would be full of success. But increasingly, as we follow Edith through her life, that diary becomes a reminder of life’s unpleasant tendency not to fit in with nice, neat expectations. The appropriate narrative arc never quite seems to arise in real life. Family members, somehow, never quite fulfil the expectations we have of them. More and more, Edith finds herself having to correct the shortcomings of real life in her diary, an imagined world of perfection which could all too easily become more real than her own imperfect life.

I’m used to thinking of Patricia Highsmith as the author of unsettling thrillers in which ordinary people turn out to be positively sociopathic: Tom Ripley, of course, in the Talented Mr Ripley, but also the two young men who fall into a dangerous pact in Strangers on a Train. Edith’s Diary is a very different sort of book, focusing instead on the way that ordinary life can be so very disappointing and, in the almost surgical precision of its focus, making that mundane unhappiness extraordinary. When we first meet Edith, she has no reason to create an alternative life for herself. She and her husband Brett are moving out from the stifling streets of New York to a house in the country, in Brunswick Corner in Pennsylvania. They are doing exactly what any pair of loving, middle-class parents would do: finding a happy, welcoming, small-town neighbourhood in which to bring up their ten-year-old son Cliffie. Small-town life will be good for Cliffie: he’ll have space to grow, to breathe, to fulfil all the potential that Edith feels sure is there, hidden under the skin of this strangely introverted, calculating and provoking little boy.

Edith wants to be proud of Cliffie. She wants to be able to tell friends and family that he’s doing well at school; that he’s a valued member of a school team or club; that he’s fitting in with the expectations for an all-American boy of his age. But the problem is that Cliffie has never quite matched up to expectations. Troubled and sly, he initially strives to take revenge on his parents for uprooting him from New York and bringing him to this barren corner of the world in Brunswick Corner. Later, he fails to live up to his parents’ hopes: making friends with unemployed drifters and dealers; sneaking alcohol from his parents’ cupboards; cheating on exams; failing to produce the hoped-for girlfriend or the anticipated job or the dreamed-of college application. If there is a sociopath in this snapshot of American life, it’s Cliffie, no doubt. Edith watches in distress as her son’s glorious future fails to materialise; as her marriage, too, begins to slip from its cosy picket-fence perfection into a morass of doubt, infidelity and mutual misery. What can a woman do when her life falls short of what it should be? Blinded by affection for Cliffie, and by helplessness in her relationship with Brett, Edith takes control in the only way she can: by reworking the truths of their lives in her diary, which becomes an account of a more contented life: the one she should, surely, have been granted.

You don’t end up reading this book with the throat-clenching anticipation inspired by Highsmith’s more conventional thrillers: it is, if anything, drenched in sadness. It’s quiet and unsettling, a catalogue of an unachieved life, and a surprisingly compassionate work by an author renowned for her personal misanthropy. Edith isn’t a Stepford wife who places all her value on her work as a housekeeper and mother; on the contrary, she’s smart and politically engaged, driven by socialist sympathies, and eager to encourage her neighbours to see the truths of their political system. As her home life falters, her activism becomes more open and more challenging, perhaps driven to a desire to succeed in one area of her existence – but failing to understand the rules of her society.

I’m sorry to say that I didn’t find Edith the most gripping protagonist. She does, however, feel very real and so, in failing to be absorbed, I feel slightly guilty, as if I’ve let her down. The idea of someone keeping a diary of what should be, rather than what is, is a clever one but might have worked equally well in a short story. At novel-length, this becomes quite a depressing catalogue of consistent blows against Edith’s optimism, and I found it quite difficult to stay engaged when there were so few moments of hope, or light, or redemption. This definitely isn’t a book to choose if you’re in search of escapism: it’s something to tackle when you already feel resilient, buoyed up against the challenges of life. And it doesn’t always convince, either. Cliffie’s laziness is convincing – why should he bother to work, to mature, or to build a life of his own when his indulgent mother makes it so easy for him to sponge? And I can all too easily imagine a situation in which an elderly in-law is foisted ‘temporarily’ upon a woman, never to leave the house again. But I didn’t really understand Brett’s increasing efforts, at the end of the book, to get Edith to see a psychiatrist. Is this supposed to be a comment on the way that men try to discredit women who don’t conform to expected behaviours? How far is Edith really deviating from the norm? Are we, the reader, blinded by long association with her? Is she in fact far more unreliable as a narrator than we ever expected – can we even believe the third-person narration, which we always took to be the ‘truth’, in contrast to her diary? And does she become so fixated on creating the ‘right’ life because she feels so generally unfulfilled, not only as a woman but as a person?

It’s a confusing book and not entirely satisfying – well, unsatisfying in several ways, actually – but it does offer a sharp and unsentimental look at one small life falling apart. It makes interesting points about how we seek to rationalise our lives, and how we turn them into stories – rarely quite so explicitly as Edith does, in her diary, of course, and rarely with quite so much understanding of the gaps between reality and imagination. Quiet and damning, it’s a book that will colour your mood for a day or so after reading it, but I can’t say that I found it as powerful or entertaining as the other Highsmith novels I’ve read so far. This is certainly not the kind of book I’d expected from her, and I’ll be interested to see how the rest of her oeuvre measures up to my own expectations.