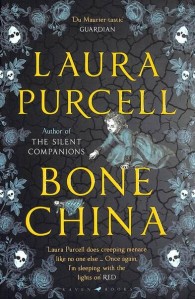 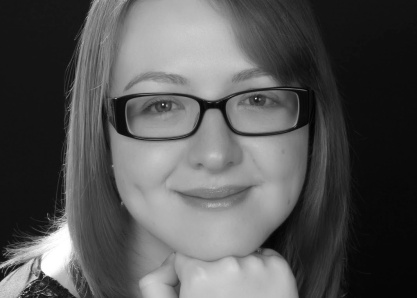 It is a freezing winter night, early in the 19th century. Hester Why arrives in Cornwall on the mail coach, a hunted woman travelling under an assumed name and tormented by memories of her recent life as a lady’s maid in London. She has seized upon a new position as a maid and nurse to the reclusive Miss Pinecroft at Morvoren House, which stands on a wild and lonely outcrop above the cave-riddled cliffs. Here she hopes to find peace, recover her equilibrium and restore her faith in herself, but she soon realises that Morvoren is haunted by its own ghosts and secrets. Half paralysed by strokes, Miss Pinecroft barely speaks and can only rarely be persuaded to leave the chill of her favoured room, the china cabinet. Her ward, the unfortunate Rosewyn, is still babied and dressed as a child despite being a fully-grown woman. And the household is dominated by the sinister Creeda, who sees the Little People – fairies – and their dangers everywhere. A story of reason and delusion, faith and science, this is a fantastically atmospheric novel, but one that also leaves some frustrating questions hanging in the balance.

What is delusion, except a kind of protection? It’s how we shield ourselves from the hardships of life, or explain misfortune. Hester has been brought up by rational people – her father a surgeon; her mother a midwife – and has little time for Cornish folk beliefs. She listens with superior distaste to stories of changelings, and tales of fairies stealing away mortal women to bear their children. She is baffled by the superstition that leads Creeda to line doorways with salt. And yet even she feels that there’s something unsettling, something weird and otherworldly, about this lonely house on its isolated crag. Despite the welcoming warmth of Mrs Quinn, the housekeeper, Hester soon finds herself being affected by the eeriness of Morvoren. Why is Miss Pinecroft so obsessed with keeping watch on the blue and white china in the closet, where fires are never lit, and the wild sea pounds down below the windows? Why is there a lock on Miss Pinecroft’s bedroom door, showing the number of times it has been locked and opened? What of the strange noises Hester hears – the distant music and creaking boards?

And yet, is Hester the most reliable narrator? If Creeda and Miss Pinecroft are delusional for believing in ancient folklore, is Hester any less delusional for stupefying herself with gin and laudanum, believing that she will thereby find a way to settle her disturbing past? Surely she is just as haunted, though by fictions formed in her own memory, rather than the eerie Little People of legend? Consider her memories of the beautiful Lady Rose, for whom she worked in London, and with whom Hester always believed she had a special bond. Is that real, or do we only see what we want to see, and build castles on the sand? Is that why, when things go wrong, we are sometimes prone to react so intensely, having seen a happiness snatched away that was never really there at all? And there are others, too, who are confusing destiny with delusion. Forty years ago, when Miss Pinecroft was a young woman, her father brought a colony of consumptive prisoners to the caves here beneath Morvoren, believing that he finally had the key to curing a disease which had destroyed his family and left his reputation in tatters. As Dr Pinecroft embarks on his radical new cure, the risks of the experiment multiply: what happens when the delusions of patient and doctor merge, and can no longer be distinguished? Who can we really believe here? Who – if anyone – is unbiased and clear of mind?

This is the third book I’ve read by Purcell, the others being The Silent Companions and The Corset, and they share a very similar spirit: eerie Victorian mysteries, set in rambling houses, with a hint of the supernatural about them. While I’ve found all three of them very readable, none of them has ever quite managed to completely captivate me, and I’m trying to figure out why. Bone China adds the interesting subplot about tuberculosis, based (so Purcell tells us in her afterword) on a real-life experiment carried out in 1839 in Kentucky, and taps into tensions about folk beliefs that I’ve previously encountered in books like The Hidden People and The Good People. Rereading what I wrote about these other books, I think that perhaps my feelings about The Hidden People can be echoed here. Purcell is very keen to preserve our own uncertainties, as a reader: her characters are never quite sure what is real and what isn’t, so loose ends are left untied, things are left unexplained, and we’re sometimes unsure whether we’re experiencing a delusion or something that is both real and supernatural. That can work to great effect, but I didn’t quite feel secure enough here to abandon myself to the illusion. I think I also sometimes felt that there was quite a lot happening all at once – several different genres, combining ghost-story, fairy-story, psychological thriller, crime confession, and mystery.

And there are so many events that I didn’t have much time to really get to know the characters. Miss Pinecroft in particular left me slightly bemused, although I’m sure this is my fault alone: I’d be interested to know how others resolved her change from a rational, scientific person into someone desperately fixated on supernatural protections. Was it the experience of seeing what happened to her father? The conclusion that man has no control over disease? Creeda’s influence? And I would have liked to understand more about all that china. Was it all from Creeda’s family’s factory, or did she craft some of it herself? And finally, with Creeda’s folk remedies in action, why did it require Miss Pinecroft’s unblinking scrutiny? Yet perhaps all of these uncertainties are the point; part of the atmosphere. Perhaps I simply didn’t allow myself to sink deeply enough into the world of the novel, and demanded answers where in fact there were only ever meant to be suggestions, allusions, hints and half-remembered stories.

A curious book, but certainly a gripping one. Perfect for a Cornish summer holiday in fact, if anyone has one planned (the wintery snowbound scenes will help to cool you down as you lie on the beach). Strangely, I seem to have been reading a lot of Cornish-set fiction recently: The Feast and Wicked By Design would go along with Bone China to make a compelling trio if anyone wants some inspiration for their seaside break. Just don’t go wandering too deeply into them there caves…