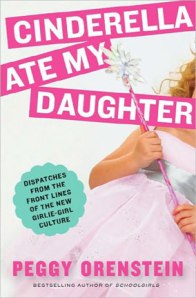 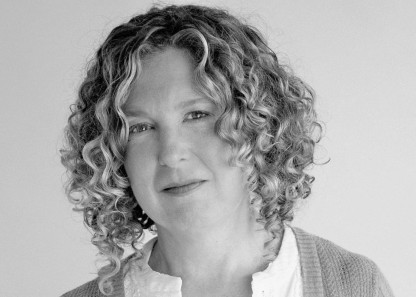 Dispatches from the front lines of the new girlie-girl culture

Although it was only published in 2011, Peggy Orenstein’s book has already acquired legendary status in certain circles. Her focus is primarily on girls aged between about three and ten. Her mission is to draw attention to the fact that these modern girls grow up surrounded by increasingly gender-stereotyped marketing, which offers a dismally restricted range of role models and aspirations. Orenstein argues that the apparently innocuous ‘princessification’ of little girls gives them a limited sense of their own potential and that a generation is growing up which has learned to value itself not on its brains or its courage but on how pretty it is.

My interest in this area is twofold. Twenty years ago,  after all, I was a little girl myself and yet my childhood was radically different from the world Orenstein conjures up. I wanted to understand how things could have changed so much so quickly. And secondly, some day I might have a daughter of my own. If I do, I want to be aware of the pressures she might face so that I can give her as varied and liberated a childhood as I had.  And that’s where this book comes in. Orenstein’s focus is very much on America, but culture is becoming increasingly global and I’m uncomfortably aware that the UK has a habit of following where the US leads.

It was all sparked off by the birth of Orenstein’s daughter, which forced her to look more closely at the culture in which little Daisy would grow up. And she didn’t like the look of it.

What was the first thing that culture told her about being a girl? Not that she was competent, strong, creative, or smart but that every little girl wants – or should want – to be the Fairest of Them All.

Orenstein begins with Disney’s profitable Princess marketing arm, which was only introduced in 2000. The company put two and two together, realising that little girls tend to like dressing up as princesses and that they could do rather well out of this. Cinderella, Ariel, Belle, Snow White, Jasmine et al were promptly divorced from their original contexts and plastered over virtually every product the creative team could think of. Their success was astonishing. Little girls were attracted by the sparkles, while mothers loved the ethos of innocence and prettiness.

But Orenstein asks us to think beyond this and to follow these little girls through the developmental stages that await them. After the Disney Princesses come the Barbie dolls and then the Monster High dolls and then the real-life modern princesses of showbiz like Miley Cyrus and (once upon a time) Britney Spears. From the earliest stages, a child might have that great modern catchphrase drummed into her – all that matters is to be yourself – but how seriously can she take this when it’s delivered in a mist of pink spangles by branded characters who are always cool, pretty and perfectly groomed? And that’s even before Orenstein gets onto the topic of child beauty pageants.

Strikingly, Orenstein suggests that the modern cult of pink and princesses might have grown out of the Girl Power movement in the mid-1990s. At this time a second wave of feminism tried to create a softer, more inclusive way to bring up girls. Women whose mothers had been part of feminism’s hardline first wave rebelled against it: they wanted to enjoy the options opening up to them without having to sacrifice their sense of their femininity. Thus, their little girls were allowed, if they wished, to choose sparkly tiaras and pretty dresses and everything in pink. The problem, says Orenstein, is when the option to have everything in pink becomes the obligation to have everything in pink: when the freedom to choose blends into a drastically limited view of what it means to be female.

She notes that the pinkness of girlhood is a social construct and not an inbuilt preference (until the 1920s, pink was considered a boy’s colour because it was a diluted version of forceful red; blue was a girl’s colour because it represented mildness and purity and was associated with the Virgin Mary). However, the point of the book is not to rally the pitchforks and torches. Where relevant, Orenstein mentions scientific studies that help to elucidate certain points and, along the way, she relates her investigations to her own experiences of being a mother. She tries to understand the perspective of those who enter their daughters into beauty pageants and she is always reasonable and measured in her assessments. The conclusion is that each of these things is not necessarily bad, in and of itself – the princess mania, the pink, the praise of prettiness, the materialism. It’s the combination of all these things which creates a cultural time-bomb. This is no way to create a healthy, dynamic, imaginative and self-aware group of people. Childhood innocence, says Orenstein, recedes, ‘leaving behind narcissism and materialism as the hallmarks of feminine identity‘.

The book is brisk and eye-catching, but it’s the journalistic equivalent of a tasting menu: we flit from issue to issue, and although it makes perfect sense that they are all connected, I think Orenstein knows that she is largely preaching to the converted. She also doesn’t really try to suggest ways of changing the situation, although her research (both before and after the book was published) has already inspired others to start fighting back. The blog Pigtail Pals charts an American mother’s efforts to combat gender stereotyping and to give her children (a daughter and a son) balanced childhoods which will enable them to realise their potential, not as boys or girls, but as individuals. Similarly, consider the success of the campaigners who persuaded Hamley’s here in London to change their policy of dividing toys between a pink ‘girls’ floor’ and a blue ‘boys’ floor’. That’s a start. Nobody is arguing that girls shouldn’t be able to wear pink dresses, or that boys shouldn’t be able to play with trucks. Children should be able to play with anything that stimulates their imagination, regardless of its colour or type.

Speaking for myself, I feel very strongly that it’s right to allow children to explore the world without imposing restrictive ideas on them. As an only child, with two very rational parents, I was never once told that I should or shouldn’t do something because I was a girl. Yes, I had Barbies and dolls and a pram (the Barbie Jaguar with the real headlights was a prized possession), but I also had Lego and astronomy books and plastic dinosaurs. Naturally, I wanted a pony but I also have a vivid memory of craving the enormous Playmobile pirate ship which was owned by some children down the road. Now, as an adult, I like pretty fabrics and Spitfires and baking and trebuchets and, although I might well be a little eccentric, I think I’m a fairly well-rounded human being. And, if I were ever to have a little girl – or a little boy – I would feel it my duty to inspire them with the same intellectual and imaginative freedom that Orenstein wants for her own daughter:

I was committed to raising her without a sense of limits: I wanted her to believe neither that some behavior or toy or profession was not for her sex nor that it was mandatory for her sex. I wanted her to be able to pick and choose the pieces of her identity freely – that was supposed to be the prerogative, the privilege, of her generation.