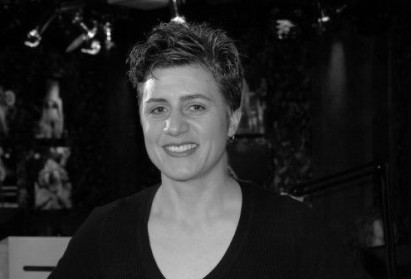 My Year Disguised as a Man

As long-term readers of this blog will know, I’m very interested in gender as a concept. How do we internalise society’s expectations of gender? How can we tackle gender imbalance in the workplace and the boardroom? Is gender itself innate or created? How can we reinvent our own gender, and with what level of success? When I heard about this book, it promised to answer another question that niggles with me a great deal and which, perhaps, I’ll never really know the answer to. Is there really that much difference between men and women? Norah Vincent, a New York journalist best described as ‘fearless’, decides to investigate this question. Rather than simply collecting information from interviews, she goes one better: she decides that, for a whole year, she will join her subjects, dressing, socialising, living and dating as a man. It’s a daring project and fascinating to read about, even if I have some misgivings about her methods.

Ned Vincent is born in winter 2003, when Norah Vincent decides to embark on a new project. After an evening out with a drag-king friend of hers, she’s struck by the different reactions she gets, even from casual passersby, depending on whether she’s dressed as a man or a woman. Used to being watched as she goes down the street as a woman, she’s struck that men don’t hold her gaze when she’s dressed as a man. She reads this as some kind of social contract between men: that the gaze is only held to provoke conflict or seduce. To stare at another man is to make a statement. To stare at a woman is taken as a right. Vincent wonders how men learn these unspoken rules of masculinity. She wonders how many other unspoken rules there might be. What does it mean to be a man? Now, she could of course just ask a man, but Vincent believes that a stranger in a strange land can analyse much more easily than a native. And so, with advice from a make-up artist, a voice coach, and the help of a whole new haircut and wardrobe, Ned comes into being.

Not every woman could hope to pass as a man, of course. I’d have no chance. But Vincent points out that she has certain advantages. She’s tall; she has a naturally deep voice; and she’s always been a tomboy. ‘Culturally speaking,’ she says, ‘I have always lived as my truest self somewhere on the boundary between masculine and feminine’. Indeed, one of the things that amuses her most about being Ned is that, having spent her life as a butch woman, she’s suddenly being regarded as a rather effete man instead. In preparation for her role, she bulked up on gym-work and protein to broaden her shoulders and give herself a more convincing physique. It’s like method acting of the most intense kind.

But all of this only really affects the outward self. And the most challenging part of Vincent’s experience was dealing with the inward self. She stresses in her introduction that she isn’t a cross-dresser or a trans man: this isn’t an experiment to find her ‘true self’. On the contrary, she finds herself struggling with the disorientating sensation of ‘inhabiting a persona that wasn’t mine, trying to approximate something that I am not and did not wish to be’. Ultimately, this strain will prove to be the hardest thing.

Ned undertakes several different carefully-curated experiences with which Vincent hopes to delve into the male psyche. She travels to different states and joins different groups, to reduce the chance of her cover being blown. Ned joins an all-male bowling league (despite being rubbish at bowling); Ned goes online dating; Ned goes to lap-dancing clubs with one of his new mates; Ned goes on a three-week retreat to a monastery (where, bizarrely, he’s suspecting of harbouring a gay crush on one of the monks); Ned takes a door-to-door salesman job at a bullish, macho company (at which Vincent discovers that clothes really do make the man, as she comes over all Gordon Gecko in her new suit); Ned attends a men’s retreat intended to restore self-confidence and self-worth to men ‘neutered’ by feminism. And, at each stop, Vincent watches Ned watching his new friends, trying to understand how each environment sheds a new light on what masculinity is, how it’s taught and how – sometimes – it’s challenged.

The funny thing is, of course, that I can’t possibly judge how right she is. I’d love to hear from any men who’ve read this. Does Vincent get it right? Do her conclusions bear any resemblance to your own experiences of what’s expected from men? One thing I can tell is that the book only covers a very limited segment of the male experience. Vincent is interested in the men of America’s heartlands: the men of its rust-belt, its small towns. What she finds sometimes surprises her. She’s startled by the kindness, generosity and warmth of her bowling teammates, and saddened by the way that men seem to find it difficult to share emotional intimacy even with their closest male friends. She argues that men have been trained out of understanding their own emotions and being able to talk about them. To some extent that might be true, but I don’t feel it’s the case with all men. What about the guys Vincent socialises with in New York? Where, in her book, are the kind of men I’m familiar with: my friends; my coworkers? I would be interested to know how far Vincent’s conclusions are applicable to them. Or am I missing the point? How can I possibly know what they (you) are like alone with other men?

But then there are other questions, and to give her credit Vincent does face up to these in her introduction. What are the ethics of an experiment like this? At the end of almost every experience, Vincent reveals her true identity to the men she’s socialised with. She makes sure that she apologises for misleading them and that they understand the purpose of her project. She changes names for confidentiality reasons and never names the state or region which she’s chosen to focus on. She is careful. Perhaps unsurprisingly – because it’s the chapter relating to women, the bit I can most understand – I felt uneasiest about Ned’s experiences with online dating. Meeting someone is nerve-wracking at the best of times. You’ve got so much to worry about as it is. The last thing you want to know is that the unexpectedly sensitive guy you’ve just met is actually a woman in disguise. Vincent does fess up here as well, although some of her dates decide to go ahead with her anyway. I couldn’t help wondering exactly what Vincent’s girlfriend Lisa made of all this. Isn’t this the point where research becomes a bit too personal?

Ultimately, I think I’m left wondering what the book proves. It has interesting points to make, it has a kind of anthropological fascination, and Vincent is extremely sympathetic towards the men she meets. The experiment is ambitious, but also very personal, so has a limited amount of broader value. If you want to hear more from Vincent herself, and to see Ned in action, take a look at this feature made for ABC news. This, I think, actually puts the project in a very good light and it’s wonderful to see Vincent, as Norah, going back to meet up with Ned’s bowling buddies. But let’s not forget the cost. In the process of living as Ned, Vincent pushed herself to the brink of a breakdown, living at the point where the self begins to become detached from experience; and all for what purpose? She’s brave – but reckless. No matter how much she tries to soften the impact of her masquerade, or to justify it, it still feels exploitative. And my abiding feeling about the book can be summed up with one of my golden rules: ‘Just because you can, doesn’t mean you should’.

Please, men who’ve read this book, share your thoughts. For me, this has a detached kind of interest, but I’d love to hear from the ‘coal-face’, so to speak, and to hear what you make of Vincent’s conclusions and whether you think men really are like this when they’re alone together. As for me, in my efforts to understand the male mind, I think I’m going to take the easy option and just ask a man at some point…